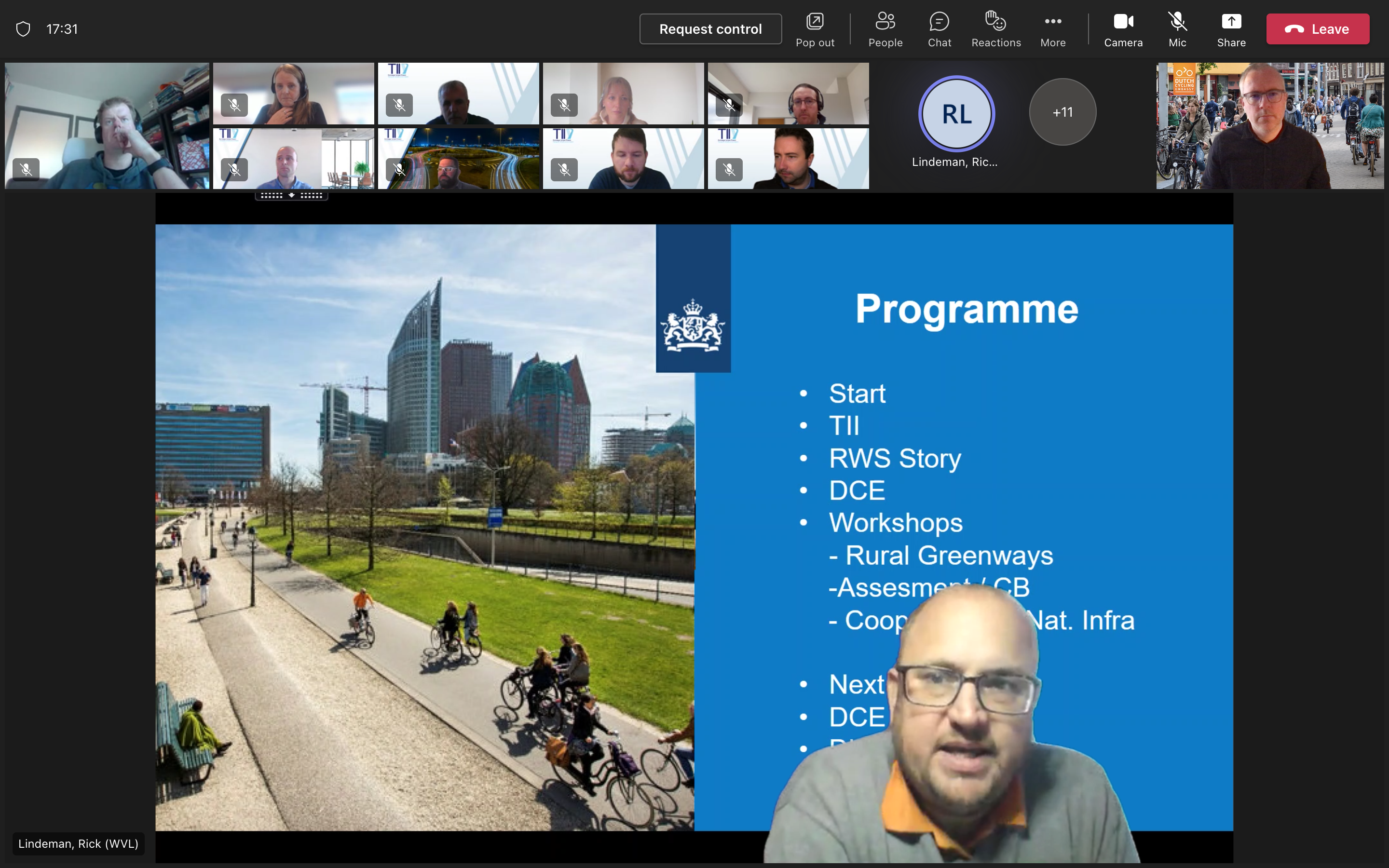 On Tuesday, November 21st, 2022, the Dutch Cycling Embassy participated in an online knowledge transfer session co-organized by Transport Infrastructure Ireland and Rijkswaterstaat. The three-hour webinar was attended by about 15 staff from Transport Infrastructure Ireland, as well as several experts from the Dutch Cycling Embassy’s public-private network.

Following an opening ice-breaking exercise where participants were asked to sketch a bicycle and share it with the group, Transport Infrastructure Ireland’s Geraldine Fitzpatrick provided a short overview of their organisation, and its central role in developing Ireland’s network of national greenways. Rick Lindeman then offered a similar overview for Rijkswaterstaat, followed by the Dutch Cycling Embassy’s Chris Bruntlett, who presented an introduction to Dutch cycling principles and best practice.

After a brief coffee break, attendees separated into three breakout groups: Sjors van Duren of Royal HaskoningDHV led a session on the topic of urban greenway design, Pim van der Zwet of Decisio on social cost-benefit analysis, and Rick Lindeman of Rijkswaterstaat on cooperation at the national level.

Everyone then reconvened to share the results of their individual breakouts, discuss next steps to ensure their successful implementation, and review how the Dutch Cycling Embassy may be able to support their efforts.