A futureproof city focuses not only on cycling, but searches for synergies with other modalities such as public transport, walking, and the automobile.

A strong argument in favor of combining modalities can be found in the success of the bicycle policies of the Netherlands Railway (NS). Key elements in this strategy include the public transport bike (OV-fiets) and the extensive parking facilities at Dutch railway stations. These strategies benefit both the cyclists (proper facilities) and NS, as close to 50 percent of all train commuters arrive by bicycle. By facilitating these cyclists, NS largely increases its customer base. Whereas this applies to the Dutch mobility system, similar synergies can be found in other countries around the world, such as with trams or the metro.

But cycling doesn’t only boost public transport, also walking can strongly benefit from investments in cycling. Examples of synergies can be found at increased social safety, less car-dominated streets, and increased economic activities.

Even cars can benefit from a strong bicycle plan. As many say: the best car plan is a bicycle plan. By stimulating car drivers to switch to other modalities, such as the bike, more space on the road is opened up, which can be used by essential traffic such as emergency services and heavy goods transport. 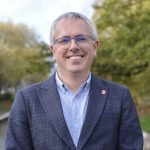