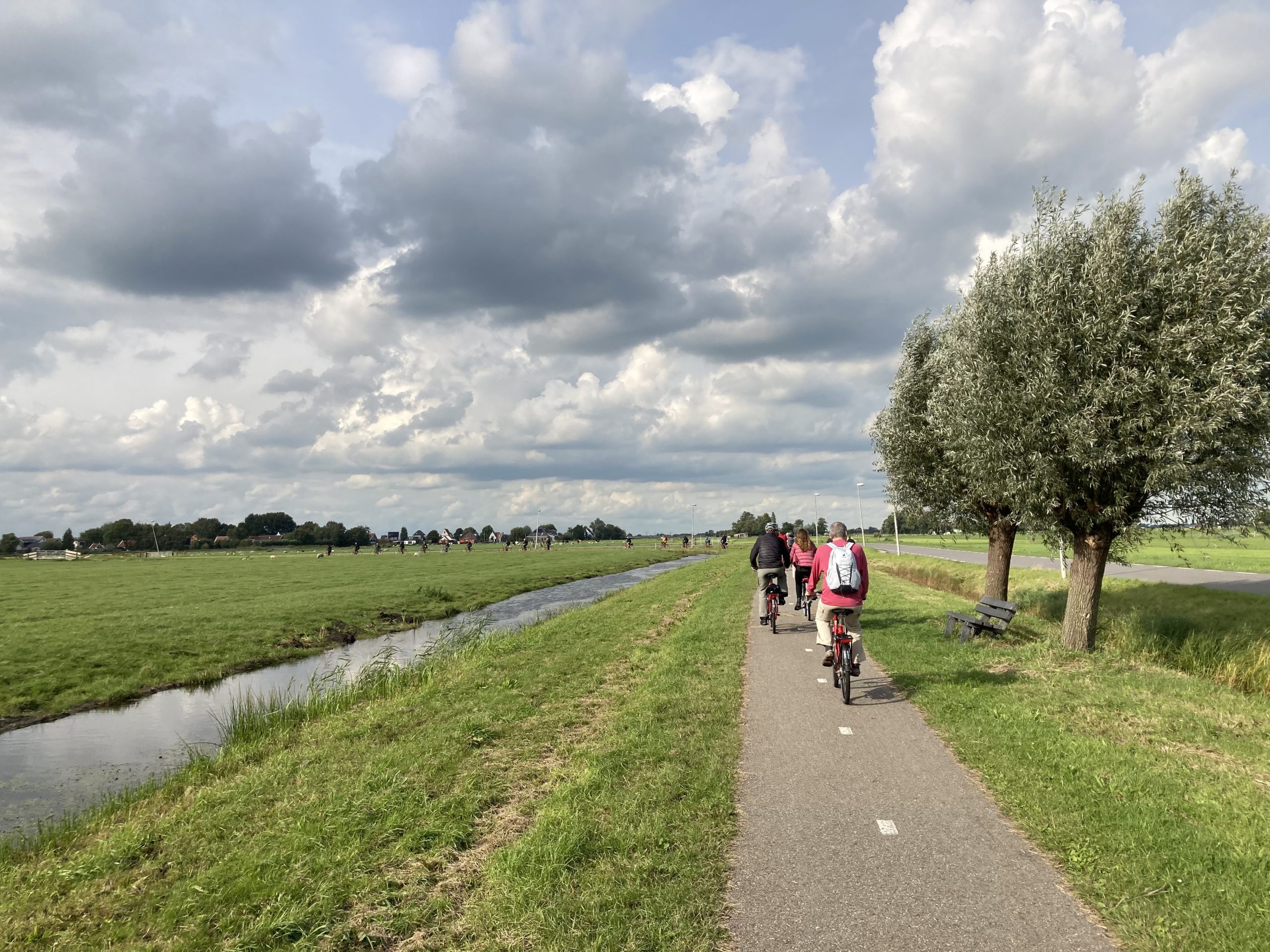 On Friday, the Dutch Cycling Embassy organized an expert presentation followed by a cycling tour in Amsterdam together with a delegation from Switzerland. It consisted of heads of the construction departments of all Swiss Kantons allowing for a wide spatial representation of the whole country. In the morning the group was welcomed by Lucas Harms at the event location in Amsterdam and informed about the principles of Dutch cycling as well as the work of DCE. The first expert presentation was given by Elke Schimmel from Studio Bereikbaar on cycling highways in the Netherlands followed by a short overview of urban developments in Amsterdam by Anna Wyner from Mobicon. In the next presentation by Bernhard Ensink from Mobicon, the intersection design of Dutch intersections and roundabouts was explained, and questions were asked by the participants on their implementation.

After a lunch at the Grand Café in Amsterdam, the delegation went on a cycling tour around the city in two groups. One was for German-speaking participants led by Elke Schimmel and Nils Steinhauser by DCE while the other one was in English by Anna Wyner, Bernhard Ensink and DCE’s Margot Daris. The tour started at Amsterdam central, along the IJ and across by ferry to Amsterdam Noord. Following the Nieuwendammerdijk the group made its way out of the city into the small village of Dugerdam, where the urban-rural connection of cycling infrastructure was addressed. Via the countryside just outside the city area, two roundabouts were passed which prove good examples for the principles explained earlier. The tour continued back across the IJ and along the canals of Amsterdam including a windmill and back to the main station. The Swiss delegation was impressed by the cycling infrastructure and highly interested to apply the Dutch design, especially of roundabouts, in Switzerland.