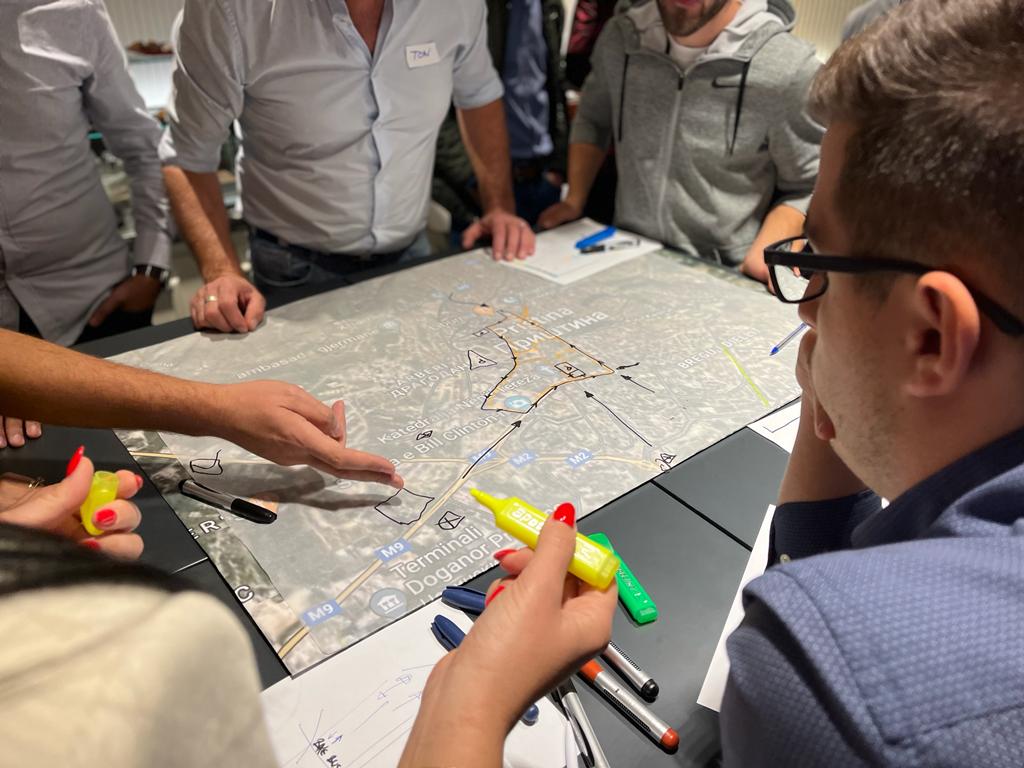 On October 4th and 5th, The DCE organized a ThinkBike workshop together with the Dutch Embassy in Kosovo and the Municipality of Pristina. The two DCE’s experts involved were Adrian Puentes of Beccan Davila + Puentes, and Ton Kooymans from Dutch Bike Parking Academy, the first bringing the views from an urban planning and architectural point of view, the latter having decades of experience on bike sharing and bike parking solutions. The focus of the workshop was on two main subjects: the outroll of a bike sharing system in Pristina, first of its kind, and a long-term plan towards cycling-friendliness in the city. At the moment, cycling modal share is still low in Kosovo, with most people travelling by car causing the city to clog up and polluting the air in the valley-based city centre. But, there is a high potential for cycling as its centre is compact and many frequently visited locations are easy to reach by bike, flat and close by. In the two days, the group, consisting of different departments of the Municipality, Public Services & Transport, and cycling NGO’s managed to conceive a short-term plan for a first bike sharing pilot to be rolled out next year, ánd draw up a 5-year plan for a cycling lane network, its technical details and ways to educate and involve the inhabitants of the city. Pristina is a city with high potential for sustainable mobility, benefiting residents from various angles.