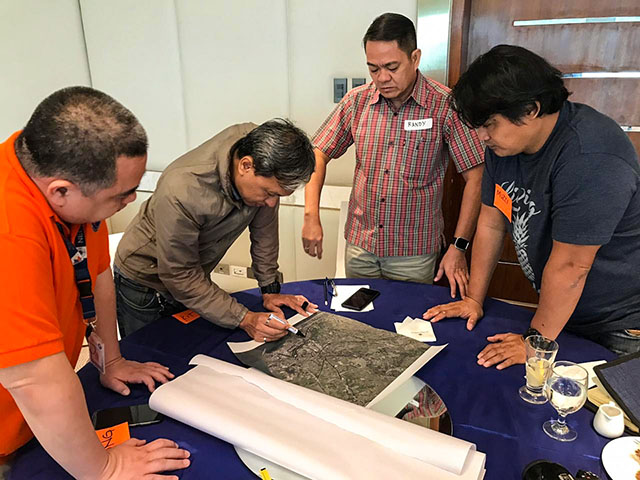 The results of our workshop were presented to the Mayor of Iloilo City and the Governor of Iloilo Province.

Last week, a Dutch delegation hosted a ThinkBike Workhop in Iloilo City in the Philippines. The workshop was co-organized by the Dutch Embassy in Manila as part of their public diplomacy strategy, and brought in Lior Steinberg from Humankind and Neville Mars from Mars Architects as experts.

The events started off with a bike tour on Monday morning to experience the local cycling conditions first-hand, to meet with the local stakeholders and to get a better understanding of the local situation. After the bike tour, a public screening of Why We Cycle was organized, which was followed by a panel discussion regarding cycling in the Netherlands and in Iloilo City.

On Tuesday, a group of stakeholders from all different levels (provincial government, local government, NGO’s, etc.) gathered to further discuss the challenges and opportunities for cycling in Iloilo City. At first we started by identifying the required network and it’s dangerous hotspots, then we started to look at different solutions which could be applied to improve the situation in terms of road redesign, changing policies and campaigning. We concluded with identifying stakeholders and developing ideas for a cycling platform which could be in place locally.

The results of the workshop were presented to the Mayor of Iloilo City and to the Governor of Iloilo Province on Wednesday morning. Mayor Jerry P. Treñas agreed to include bicycle lanes and other related infrastructure in its ongoing review and updating of its Comprehensive Land Use Plan (CLUP).

“The bike lanes and biking will become part of our comprehensive land use plan so that whatever infrastructure needed to make it easier for bikers to go around the city, we will be able to include it in our plan,” Mayor Jerry P. Treñas said last week after receiving the results of the “Think Bike Workshop” organized by the Dutch Cycling Embassy.

Mr. Treñas acknowledged that bicycles, as a form of transportation, can help decongest the city and improve its mobility.

“We have a growing population on biking, most of them do it for recreation. Biking for transportation can be a tool to decongest the city,” he said.

Dutch Ambassador Ms. De Lang, for her part, said with some bike lanes and a growing community of enthusiasts already present in the city, it is only a matter of making biking more accessible and safe for everybody in terms of infrastructure.

“It is already in the tradition, now it’s about making it accessible for everybody in terms of infrastructures. Biking should be safe, it should easy to take a bike when going to work, shopping, or biking along the river,” she said.
“I am pleased that the mayor sees the future and he knows that this will develop more economic growth and more investments. Thinking about the future and the zoning and land use planning in the city, I am pleased to hear that biking can be fitted in those future plans,” she added.

All together we reflect on a highly effective workshop with maximum result in a short amount of days. Also interested in a ThinkBike Workshop to boost cycling in your city? Contact us via info@dutchcycling.nl!