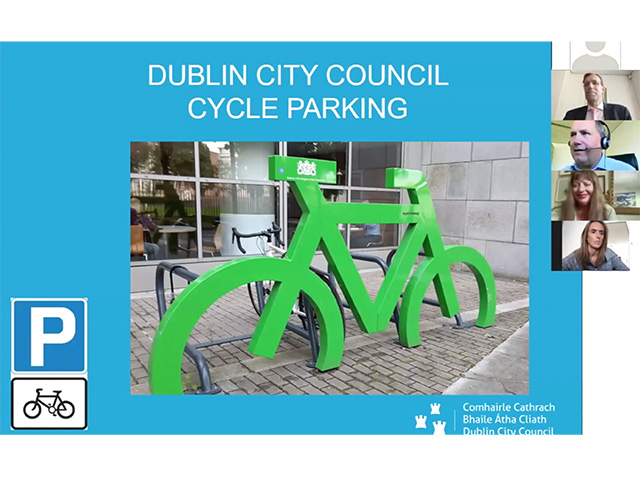 Dutch Cycling Embassy teams up with Netherlands Embassy in Dublin to bring cycling expertise to Ireland.

During the corona pandemic, countries around the world have shown how substantial improvements in cycling infrastructure can be made in the short term; investments which benefit all transport users. Ireland is no exception, and with the recent annual commitment of €360 million towards active travel initiatives from their national government, cities across the country are poised to take a giant leap forward in the coming months and years.

In response to these new opportunities, in conjunction with the Embassy of the Kingdom of the Netherlands in Ireland, the Dutch Cycling Embassy presented a series of free cycling webinars with Irish and Dutch experts. In four digital seminars throughout the months of September and October, experts from Ireland and the Netherlands shared their knowledge and experience with an engaged audience of politicians, planners, policy makers, and advocates. The aim: attractive and safe cycle networks for all ages and performance groups and to see where Ireland and the Netherlands can learn from each other’s experience in building safe, user-friendly and inclusive mobility infrastructure.

The second session, entitled “The Role of Business in Supporting Cycling and Creating Livable Spaces”, included contributions from Graeme McQueen of Dublin Chamber of Commerce, Erik Tetteroo of HODworks, and Matteo Jarre of Decisio.

Each webinar was hosted—and included a Q&A session moderated—by Netherlands Ambassador Adriaan Palm. You can watch recordings via our YouTube channel.