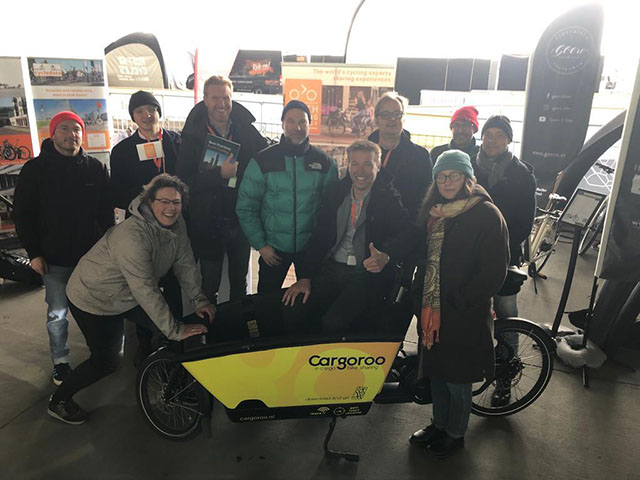 The potential for Dutch cycling companies in Germany is enormous! From 7 to 10 April, a delegation of Dutch cycling experts visited Berlin, including VELOBerlin. Thanks to the professional organisation of the APPM and under the guidance of the Dutch Cycling Embassy, they visited several events in the capital during this Berlin Bicycle Week. For example, they attended the parliamentary evening at the NRW State Representation and were present at the opening of the VELO Lab. Here they had the opportunity to network with various German stakeholders and to learn first-hand about the role that cycling has come to play in Germany. The inspiring speech by Federal Minister Volker Wissing and the promise of state funding in the coming years underlined this forward-looking development. During a very interesting workshop at the Dutch embassy, Difu representative Dagmar Köhler gave an inspiring contribution that also showed how eager the Germans are to put cycling on the map in cooperation with the Dutch. The delegation concluded its visit with its own stand at VELO and participation in various workshops at the former Tempelhof Airport.