From June 14th to 17th, 2022, the Dutch Cycling Embassy lead a delegation of over 80 Dutch experts from 34 public and private organizations to Ljubljana, Slovenia for the 2022 Velo-City Conference, the world’s largest international cycling conference.

The unofficial program began with a guided bike tour of the city on Monday, organized by the Netherlands Embassy in Slovenia and led by the Ljubljana Cyclist Network; which ended with a reception at the home of Ambassador Derk Jan Nauta. The official program got started on Tuesday morning, with an opening ceremony led by European Cyclists’ Federation CEO Jill Warren and President Henk Swarttouw. The Dutch Cycling Pavilion then officially opened; a showcase of the best products, expertise and innovative solutions from our network.

The four days of the conference offered countless Dutch speakers in both plenary and parallel sessions. The DCE’s own Margot Daris presented on social safety highlighting several projects from the Netherlands. Ruben Loendersloot fromLoendersloot International made the case that transportation professionals and advocates should be looking beyond road redesign, and towards city redesign.Program Manager Ronald de Haas presented the details of the

Rotterdam’s Jose Besselink presented the four actions from the vision ‘Fietskoers 2025’ to further increase the potential of the bicycle. The RVO’s Sonja Rijsbosch discussed how cycling is boosting the economy and jobs. And NS were on hand to share best practices around the “golden” bike and train combination.

It was an absolute pleasure to play our small part in a hugely successful Conference in Ljublana. Our sincere thanks to the European Cyclists’ Federation, the local organizers, and everyone who visited the Dutch Cycling Pavilion. See you in Leipzig in 2023! 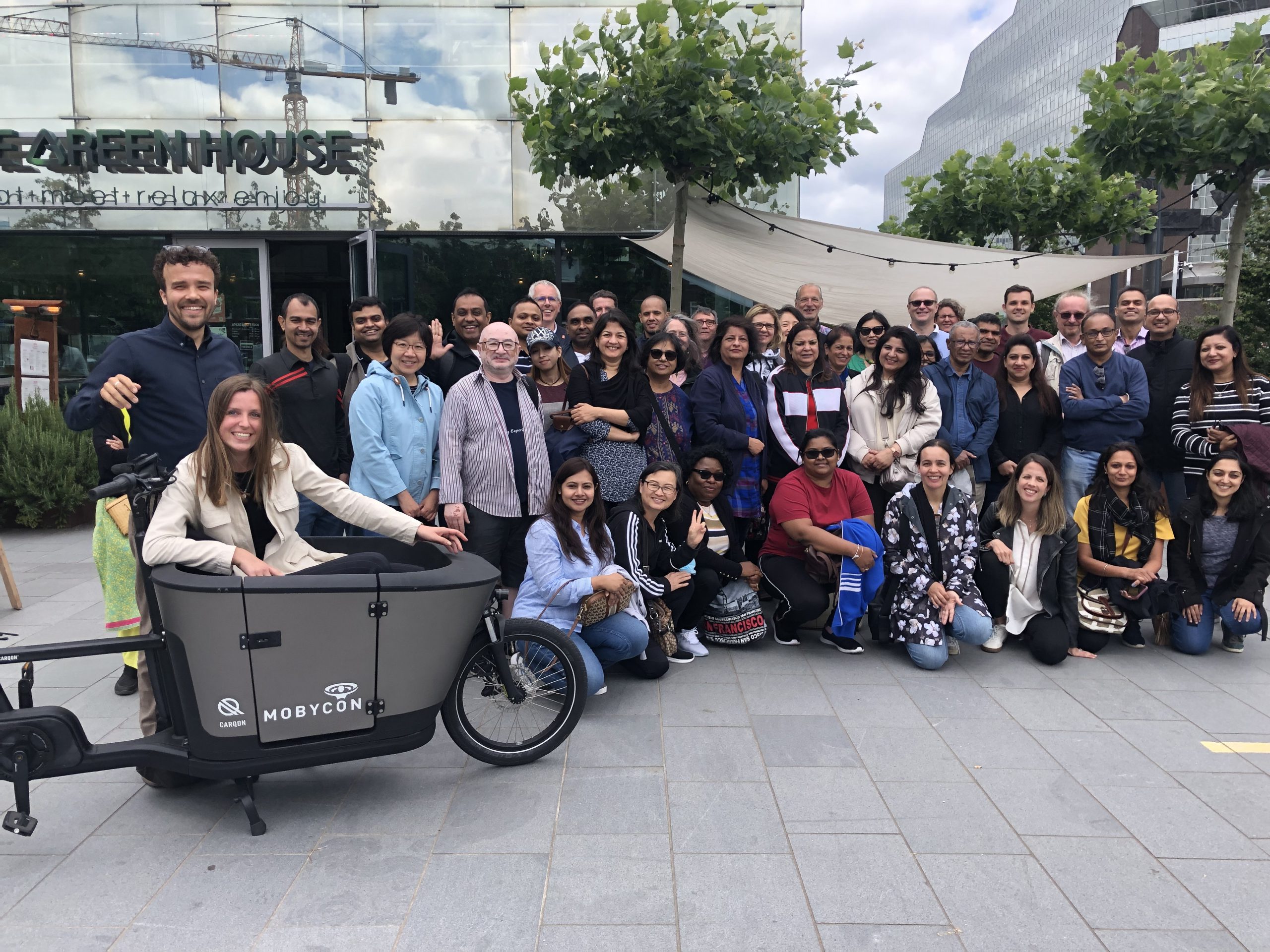