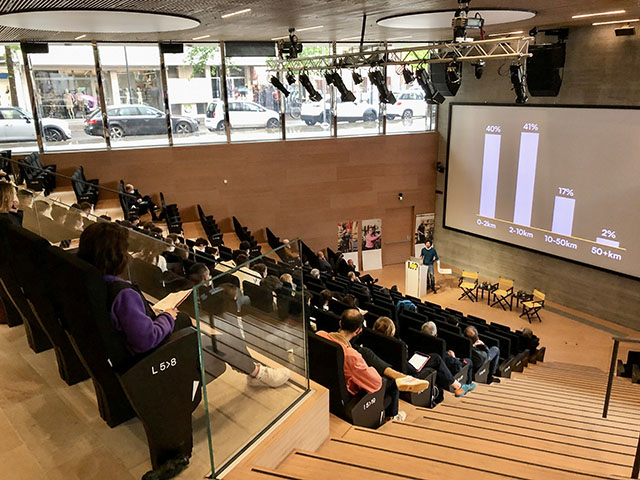 Taking place at the M9 Museum in Venice, Italy from May 6th to 8th, 2022, the inaugural PAVE’ (Pedalando a Venezia) Festival brought together dozens of cycling professionals, advocates, and enthusiastics from across Northern Italy. The first day had a distinctly Dutch flavour, kicking off with an introduction from Roeland Slagter, Vice Consul of the Consulate General of the Netherlands in Milan. It then featured a screening of the documentary film “Why We Cycle”, which explains the historical and cultural conditions that caused Dutch cities to resist the influx of cars, and make cycling the obvious choice for most citizens. Following the film screening, presentations were provided by Alex Baum from BYCS, Danny Van from Goudappel, Michel Noussan from Decisio, and finally the Dutch Cycling Embassy’s Chris Bruntlett. The event was generously supported by the Embassy of the Kingdom of the Netherlands in Rome.