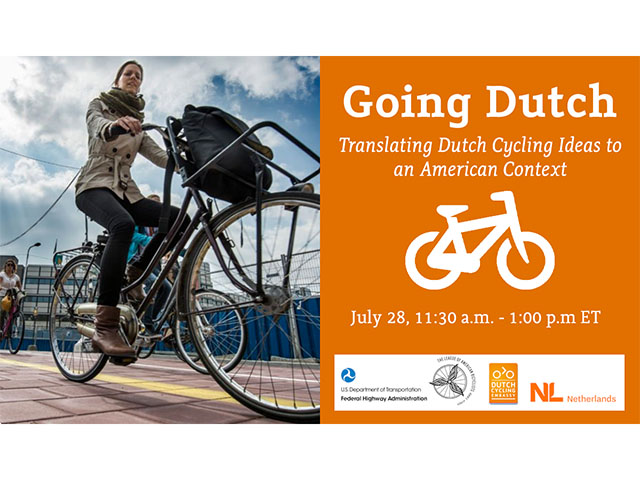 U.S. transportation planners and advocates have long admired the Netherlands’ impressive cycling infrastructure and culture, and frequently make the trip across the Atlantic to marvel at its bustling bike lanes and traffic-calmed streets. But coming from a more sprawling, car-dominated environment, it’s difficult to imagine replicating their amazing success, where the average resident now pedals over 600 miles per year.

On Tuesday, July 28th, 2020, the Dutch Cycling Embassy hosted a webinar co-organized with the Embassy of the Kingdom of the Netherlands in the United States, the League of American Bicyclists, and the Federal Highway Administration.

It covered the key principles that were developed by the Dutch over the past fifty years, draw out concrete lessons for America to follow their lead, and learn how some of these ideas are already being implemented in U.S. cities.

To view a recording of the 96-minute webinar, click here.

To view an extended discussion session with the panelists, click here.