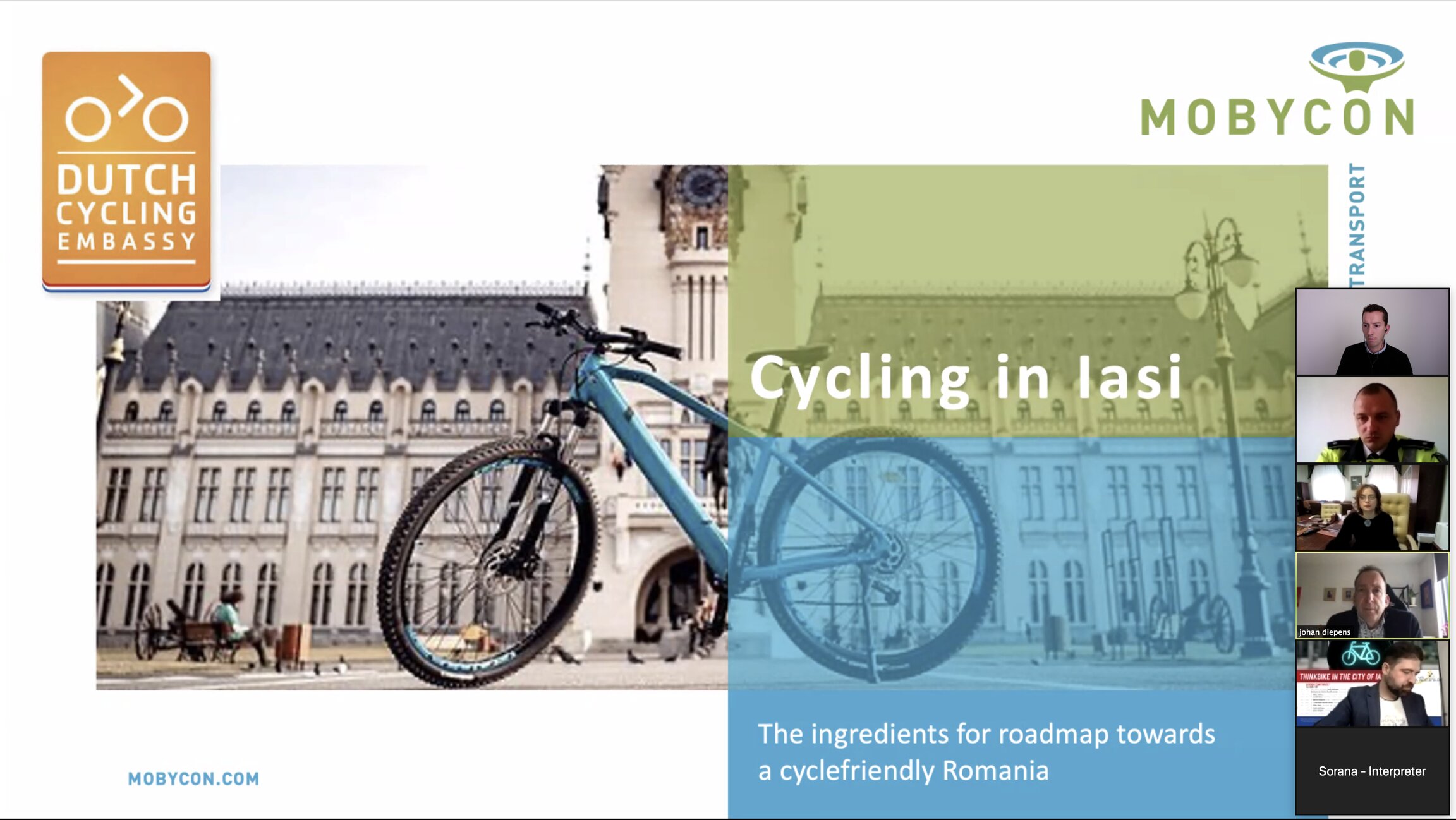 “ThinkBike in the city of Iasi”, Romania

DCE participant Mobycon present at webinar on the potential of cycling for the city Iasi, Romania.

On November 24th, Mobycon’s CEO and member of DCE Board Johan Diepens was invited to speak during the webinar “ThinkBike in the city of Iasi”, on the first steps towards a cycling-frendly city. The event, which was live-streamed on Facebook, was host to different important stakeholders to the area, including the city’s mayor, Mr. Mihai Chirica, and the Ambassador of the Dutch Embassy in Romania: Mr. Roelof van Ees, who opened the webinar with an introduction to the benefits of cycling.