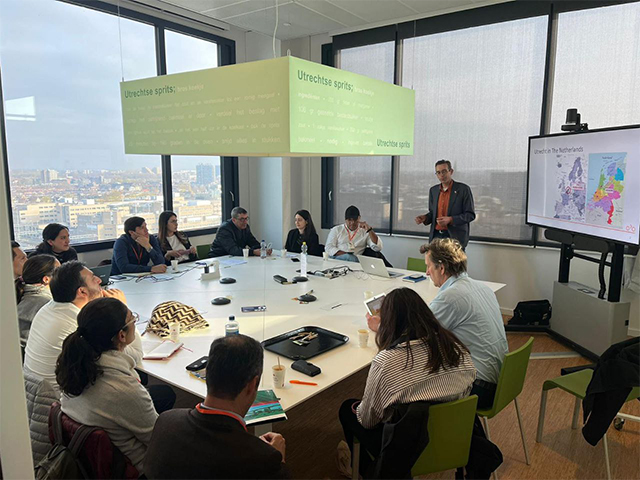 The Dutch Cycling Embassy provided a study trip for a delegation from Colombia.

On March 29 and 30, 2022 the Dutch Cycling Embassy hosted a delegation from Colombia. This mobility delegation Misión Movilidad Intertrffic 2022 was organized with the cooperation of the Embassy of the Netherlands in Bogotá and the Chamber of Commerce Holland House Colombia, and it was constituted from a diversity of parties coming from both the private and public sector.
This delegation was interested in the understanding of the Dutch polices on cycling, their socioeconomical benefits, and possible partnerships with Dutch expertise and developers. Considering this interest, the first day of the visit Dutch Cycling Embassy Marketing and Communication Manager Chris Bruntlett welcomed the delegation at Decisio’s office in Amsterdam, where we have fascinating discussions about cycling culture, infrastructure, and polices in the Netherlands, and its positive impact on health, happiness, and wellbeing. Consultancy expert Kees van Ommeren, from Decisio, gave a presentation on Bikeconomics. 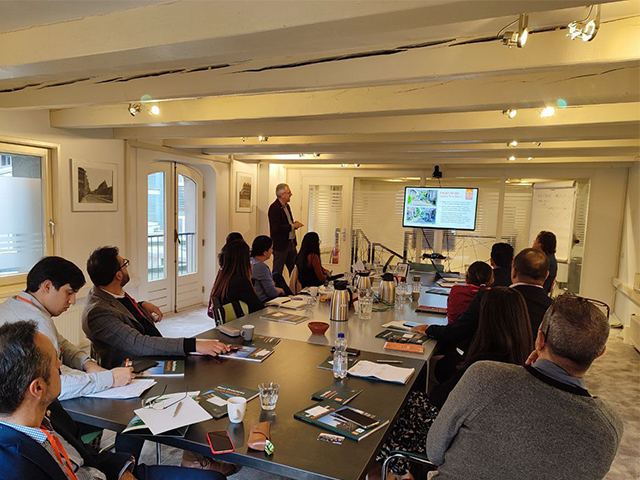 The second day of the visit took place in Utrecht. The delegation was welcomed at the Municipality of Utrecht by Herbert Tiemens, who gave a presentation on Safety for cyclists and pedestrians, and on combining bike and public transport. Later, Ton Kooymans, from Bike Parking Academy, did a presentation on Bike parking solutions and e-bikes. DCE’s Nout Ramaekers and Daniela Garcia-Rojas took the lead on the subsequent discussions regarding the applicability and adaptability of such measures and polices in the Colombian context. Then, they joined Ruben Loendersloot and Nathana Parise, from Loendersloot International for a Dutch Cycling Tour through Utrecht. 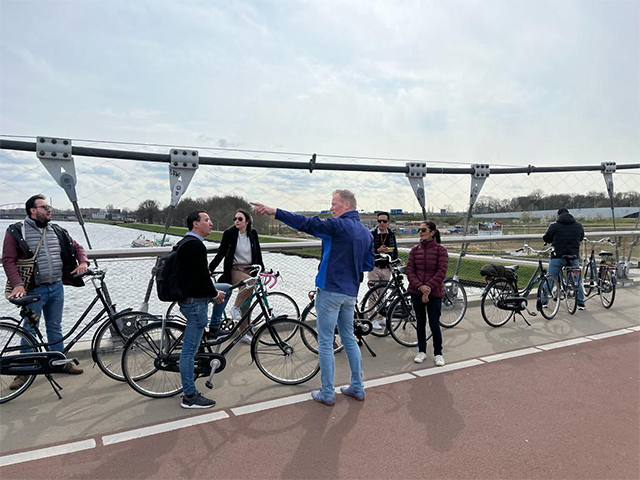