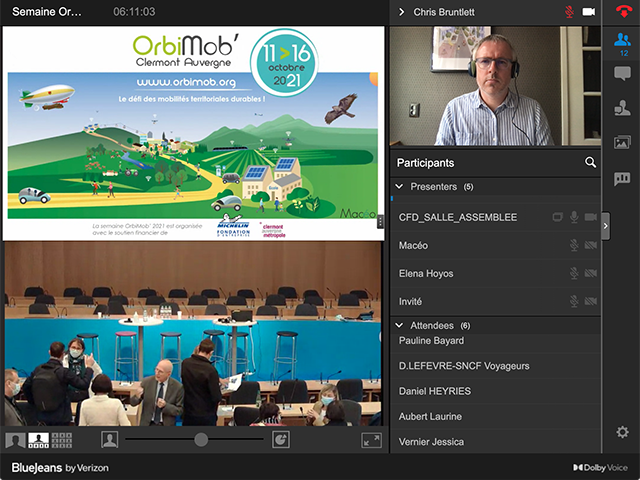 On Tuesday, October 12th and Wednesday, October 13th, 2021, the Dutch Cycling Embassy and two of its network participants—Royal HaskoningDHV and Mobycon—joined the OrbiMob’ sustainable mobility week in Clermont-Ferrand, France. On the first day, Sjors van Duren of Royal HaskoningDHV lead a virtual workshop on the topic of bicycle streets, bicycle highways, protected intersections and roundabouts, and traffic safety education. That was followed by Brett Petzer of Mobycon leading a virtual workshop on the topic of “Complementarity Between Public Transport and Cycling, and promoting relevant intermodality”. Finally, on the second day, Chris Bruntlett from the Dutch Cycling Embassy presented on the CROW Manual’s Five Principles of Bicycle Network Design. This was followed by a lengthy and engaging question and answer session with the hybrid audience.