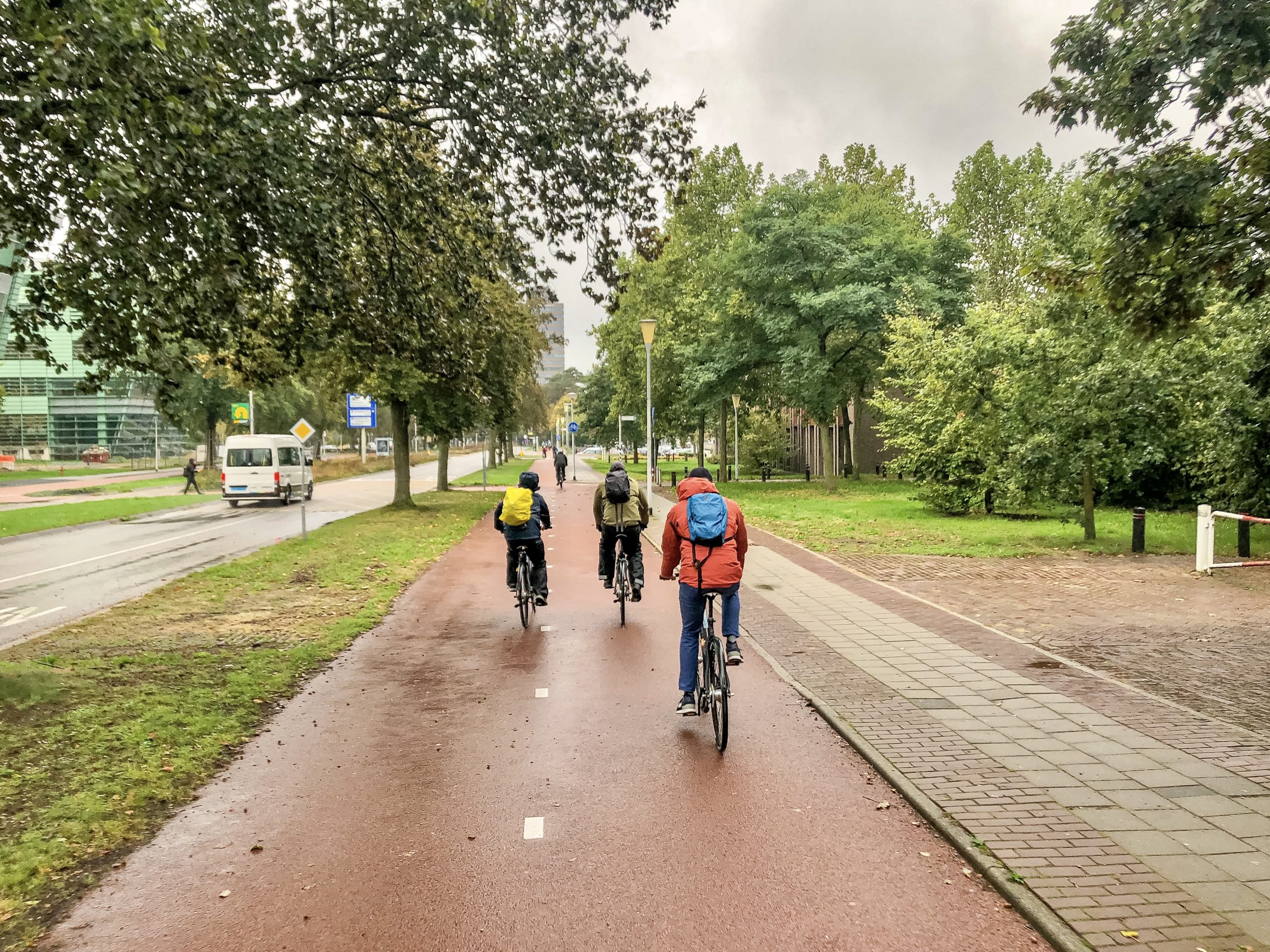 In the last week of September, the National Transport Authority Ireland visited the Netherlands. With a kick off about network planning from DCE’s Chris Bruntlett, we started the study visit in Nijmegen. Camilla Herrero (Loendersloot International) presented about pop up bike infrastructure and how to convert that to permanent infrastructure, and Sjors van Duren (Royal HaskoningDHV) presented about the importance of good connections between urban and rural areas. Despite the first days of Dutch autumn weather, we went on a bike ride from Nijmegen to Cuijk to discover the urban-rural connections and learn about cycle highways.

For day two, we gathered in Delft for presentations from Melissa Bruntlett and Brett Petzer (Mobycon). We spoke about making cycling accessible for everyone, including women, children, elderly, and people living with a visual impairment. Thereby, we focused on communication and how to deal with backlash when implementing new cycling policies. Afterward we went on a lovely bike ride in Delft to see how to implement cycling infrastructure when there is limited space and how to create safe school zones.

On the third day, the Irish delegation started with learning about cycling from a designer’s perspective by Brett Petzer from Mobycon. After this first input, the group went on a cycling tour around Utrecht led by Andre Pettinga from Cyclemotions. Together with Nout Ramaekers and Nils Steinhauser from DCE’s office, the tour went south past an intersection designed as a ‘verkeersplein’ and through the neighborhood of Lunetten developed based on the ‘woonerf’ concept. Continuing along the train tracks and riding over the Oosterspoorbaan which has been transformed into a cycling and walking path along a park. On the main cycling route through the city, the tour made its way into the city centre before continuing towards the central station. Across the Moreelsebrug, an active mobility bridge connecting the old town with the new town centre, the tour concluded at the Greenhouse restaurant for lunch.

After lunch André Pettinga led an interactive discussion session on cycling policy in Ireland and the Netherlands comparing the two countries and reflecting on the learnings of the whole visit. The group actively participated in the activities and discussion and was eager to implement their learnings back in Ireland.