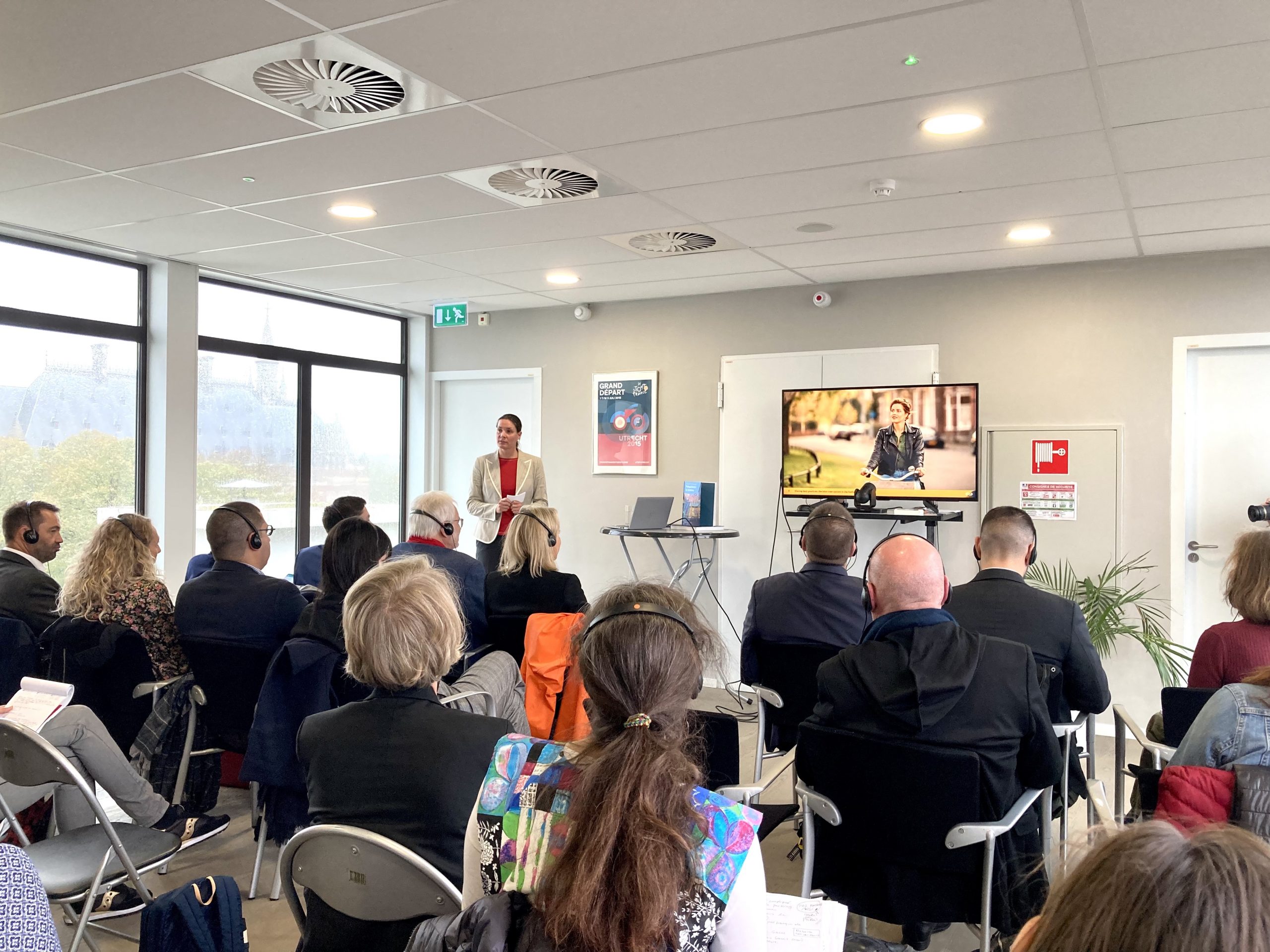 On Monday, 7th November, and the morning of Tuesday, 8th November 2022, the Dutch Cycling Embassy hosted a delegation from the  French administrative region Occitania. The group consisted primarily of local and regional political decision-makers. They were accompanied by a small number of public servants and experts, as well as journalists.

Their goal was to learn about the Dutch approach to cycling-related policymaking, infrastructure, intermodality and cycling tourism, with the aim of brining home inspiration and ideas. The group also had a special interest in infrastructure around schools, links between urban and suburban or rural areas, as well as how to stimulate the use of (bi)cycles of all kinds.

The group toured both The Hague and Utrecht by bike, and greatly enjoyed this hands-on learning, asking many questions and gaining confidence on Dutch cycle paths.

A range of experts provided interesting and inspiring presentations. Arlette van Gilst and Mirjam Borsboom of the Ministry of Infrastructure and Water Management spoke about legislative measures for governments to prioritise cycling. Rebecca van der Horst of NS presented best practices for shared mobility, specifically the bike-train combination in the Netherlands. Wouter van Minderhout of ProRail elaborated on intermodality, especially on the topic of bicycle parking. Finally, Jeroen Drabbe of Abel Leisure presented on cycling in rural areas and cycling tourism.

The tours were led by experts Brett Petzer and Anna Tailliez of Mobycon, Roel Lenoir of 3pm, Bas Govers of Goudappel, and expert and DCE colleague Shelley Bontje.

The visit was organised in collaboration with the Netherlands embassy in Paris, France, represented by Marjo van Amerongen, and with kind support from the Embassy of France in The Hague, Netherlands.