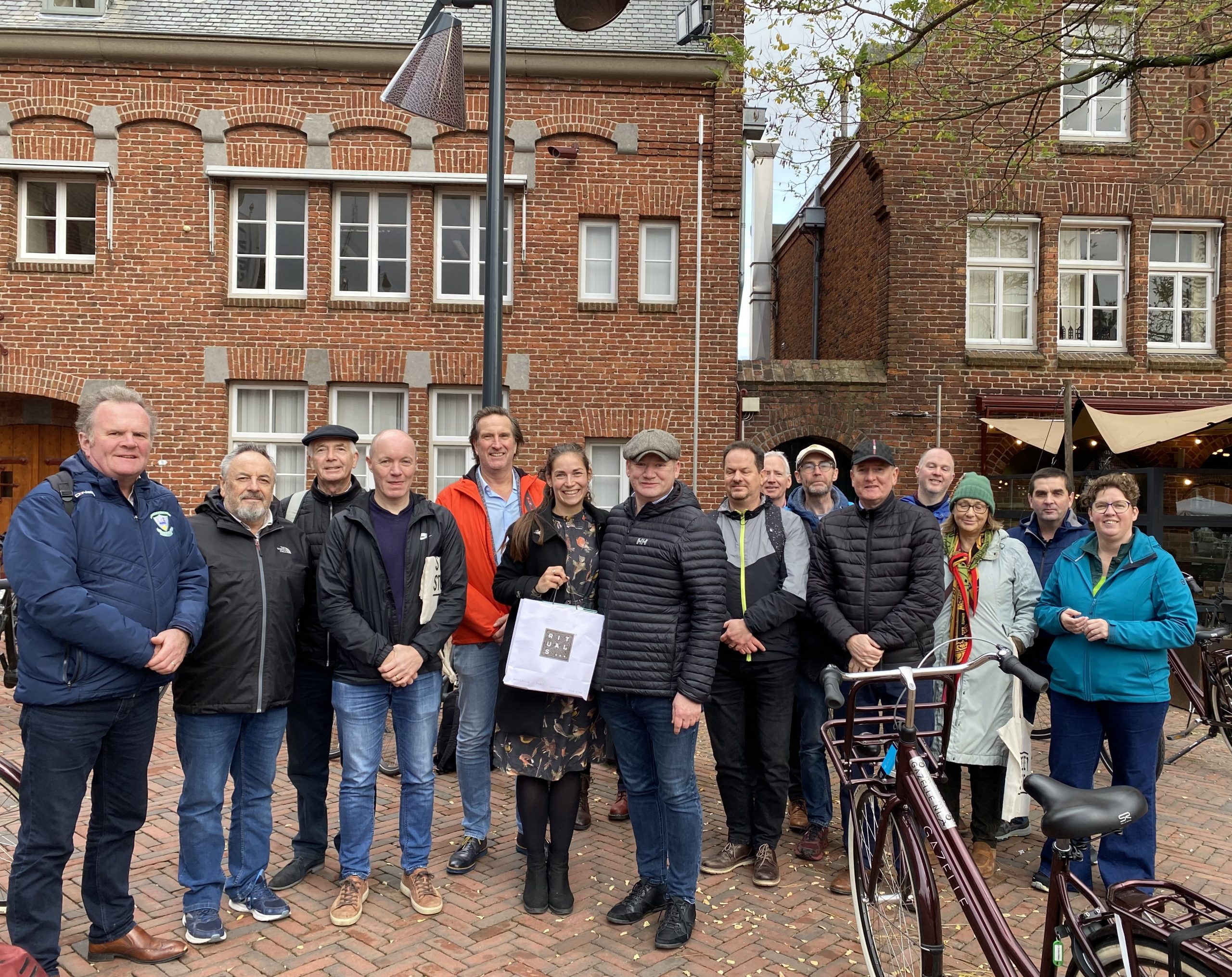 A delegation from the city of Kilkenny visited the Netherlands for a two-day study tour from November 3rd-4th, 2022, in the city of Breda and the village of Waalwijk.

The first day of the study visit began in Breda with a welcoming to the city at the City Hall of Breda. Shelley Bontje introduced the group and offered them to share what they were looking forward to learning during their two-day study tour. Afterwards, Joost Kleinhaarhuis from the City of Breda, gave the first presentation of the day on an introduction to Breda, with a focus on traffic management, including examples of project and communication campaigns. The group was very interested in the political and municipality roles and how the Dutch make policies on the cycling developments.

After the presentation, Martijn Geervielt from the City of Breda joined the group as they eagerly hopped on their bikes to see the city’s cycling infrastructure for themselves, viewing the cycling streets as well as the fast cycle routes outside the city center.

Once the group got a better idea of the Dutch cycling infrastructure, the second presentation of the day was given by Dick van Veen (Dickvanveen) on networking planning, retrofitting, traffic calming, mix or separation of different modes including on the spot case study reviews.

The second day of the study tour began with a welcoming to the City Hall of Waalwijk by senior traffic engineer, Janneke Schoonen, for the municipality of Waalwijk. Following the introduction, the first presentation of the day was given by Ton Kooymans from Dutch Bike Parking Academy and Street-Stuff! on the topic of bicycle parking and last mile solutions. The final presentation was given by Hans Voerknecht from Een Nieuwe Kijk on the topic of decision making on cycling and inclusivity. The delegation was then interested in the many ways to get the public excited about cycling.

After the presentations, the group got back on bikes to see the town of Waalwijk which has around the same population size as Kilkenny and how they could compare the two places. They biked through the rural areas around Waalwijk and on the cycle highway back to the town centre where they biked through the city’s floor fountain, joyfully commenting on how cycling reminded them of being a playful child again.

At the end of the study visit, the delegation shared their excitement to return home with various ideas for the cycling future of Kilkenny!