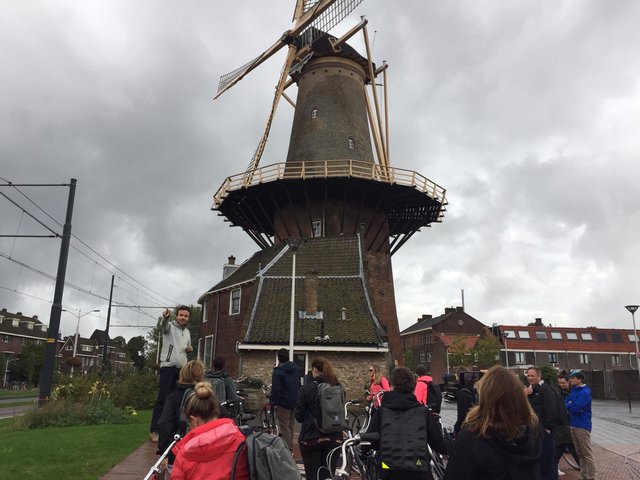 On October 1st, we received a delegation of 17 people from the State of Arkansas, USA.

As part of a program organized by US organization PeopleForBikes, we received a delegation of 17 people from Arkansas, USA. One of the reasons of the visit is the construction of a new Walmart office in Rogers, where the corporation wants to achieve a 10% modal share of cycling with their employees’ daily commutes. The first day, we organised a program in Delft, where Mobycon’s Lennart Nout guided the group around Delft and it’s challenges as a mid-sized, rapidly-growing city. The group also stopped at the IKEA store nearby, showing their incentives for sustainable mobility. Thanks to DCE participant Vierwieler, the city of Roger’s mayor was able to cycle along, despite having a broken arm!