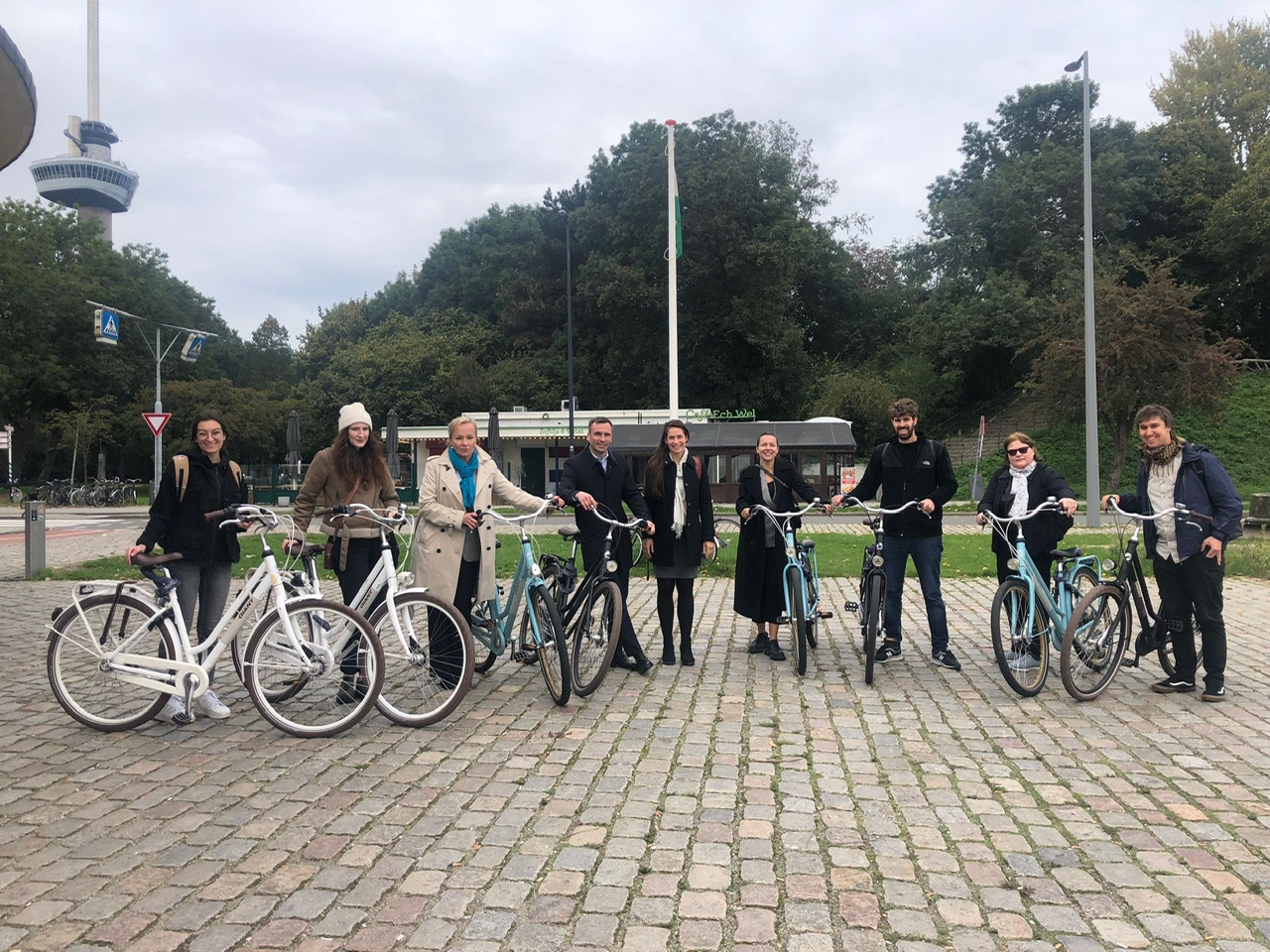 Study tour with Delegation from Riga

Initiated by the Netherlands Embassy in Riga, the city council of Riga began their two-day study tour from October 11-12, 2022, in the city of Amsterdam with an introduction to the city by Pepijn Verpaalen (City of Amsterdam). During the presentation, the group was introduced to the city’s easy parking, cycling streets and ways people have been encouraged to bike over the years. The second presentation was given by Anna Wyner from Mobycon on the integrated Dutch approach to active travel with a focus on past, present and future bike related developments in the Netherlands, including sustainable safety. This interested the group in how they could find ways to redesign streets in Riga for safe cycling. The final presentation was given by Erik Klok from Roelofs on the topics of Dutch network planning design, cars vs. bikes network, speed regulation, mixing and separation of modes intersection design traffic calming and implementation.

In the afternoon, the eager group set off on bikes to see the functionality of the Amsterdam cycling infrastructure, seeing safe intersection design, cycling bridges, shared zones for pedestrians and cyclists at the central station and cycling parking.

The second day of the study tour took place in the city of Rotterdam, starting with a walkshop on intermodality in the city center by Lior Steinberg from Humankind. Walking through the city allowed for the group to observe the public transport and bike systems, mobility hubs and bike parking along the city.

After the walkshop, the mayor of Riga, Martins Stakis joined the tour. The group enjoyed a presentation by Lior on cycling and resistance with a focus on citizen participation and engaging hearts and minds along with a Q+A session. The afternoon consisted of a cycling tour through Rotterdam to view the various designs for bicycle parking, new housing developments that exclude car parking, cycle bridges including the famous Erasmusbrug and safe cycling intersections.

Concluding, the study tour, the enthusiastic group – with many thanks to the support of the Dutch Embassy in Riga- was ready to return to Riga with inspiration and ideas for their city’s cycling future!