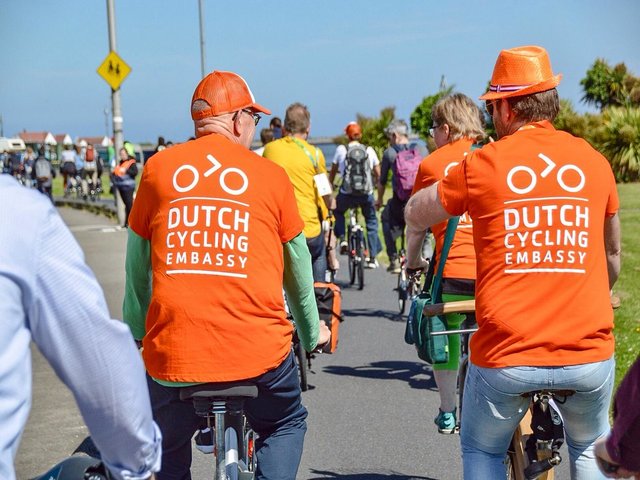 Second day at the 2019 Velo-City with hundreds of attendees of the Bike Parade!

On Wednesday, the second day of the Velo-City conference was filled with sessions, one of them was “Dutch cycling- When one in fours is not enough”. The session was co-hosted by Cindy Klevers of APPM, Folkert Piersma of ProRail, Angela van der Kloof of Mobycon, Janine Hogendoorm of Ring-Ring and Jeroen Steenbakkers of The Urban Future.

Linked with the Tour the Force plan to increase cycling in the Netherlands with 20% in 10 years, these presenters addressed improving bike-train connectivity, seeing streets from a child’s perspective, and using data to increase bicycle traffic flow; in an effort to create more happy cyclists.

Day 2 continued in the afternoon with the Bike Parade, an impressive event that brought hundreds of its Velo-City visitors on bikes, through the North-East of Dublin to Saint Anne’s park to enjoy the sunny weather that Dublin had to offer. A great way to close day 2, on to day 3!