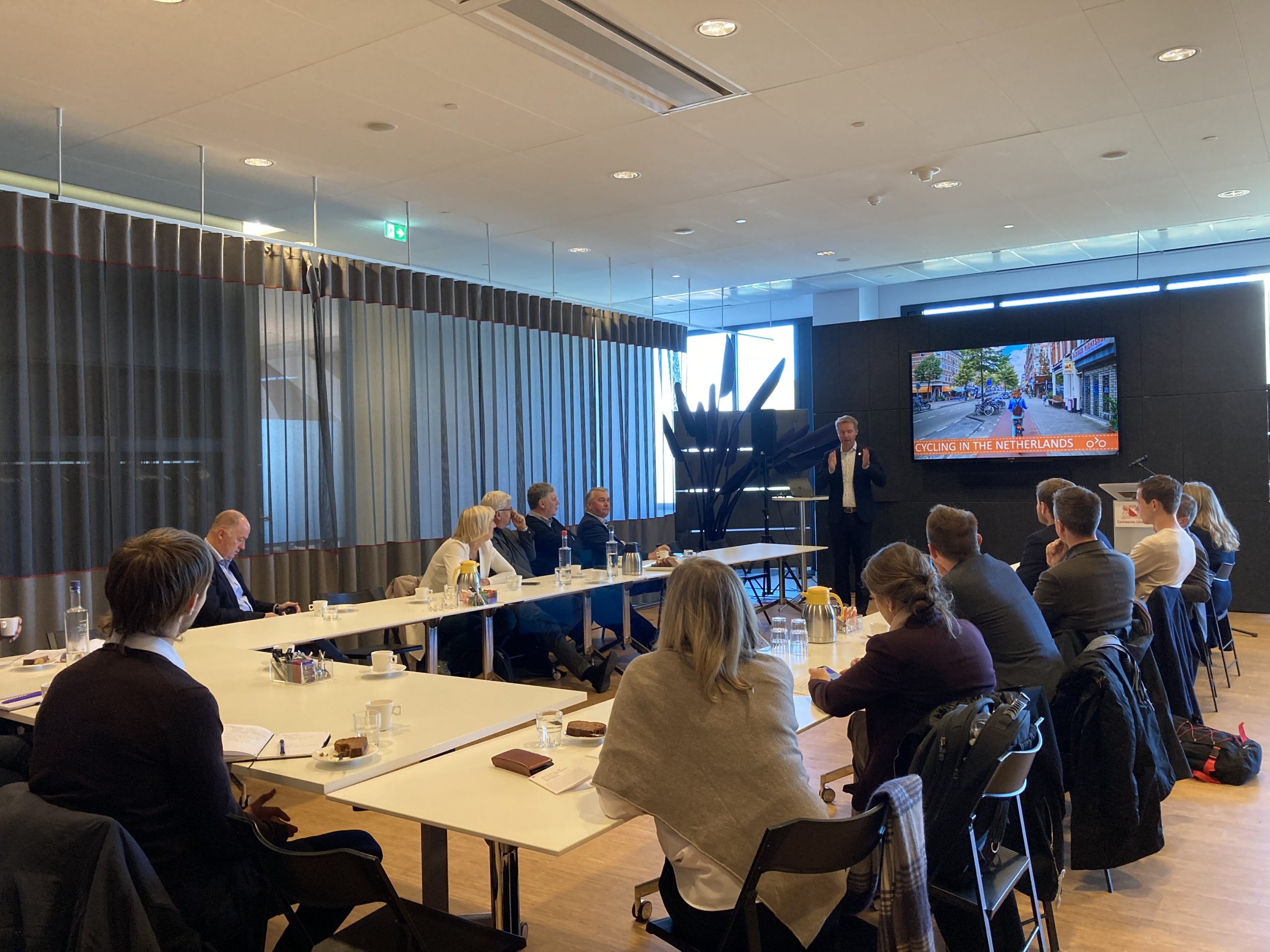 On September 29th, 2022, The Standing Committee on Transport and Communications of the Norwegian Parliament joined a study visit in the city of Utrecht. The study visit began with a welcoming and introduction to the Dutch Cycling Embassy by Director Lucas Harms at Utrecht’s City Hall. Following his presentation, the parliament, otherwise known as the Storting, exhibited their curiosity for cycling safety, asking specifically on children and how the cycling rules and behaviours are introduced to them at such a young age.

After a motivated discussion, expert Christiaan Kwantes from Goudappel presented the topic of mobility hubs, network planning and car management. This led the Storting to ponder on how they could implement these theories back home in Norway. The final presentation was by Jeroen Gosse from the City of Utrecht with an explanation on cycling policies, budgets, and visions for the coming years in Utrecht.

Thereafter, the Parliamentarians were led by Christiaan and the Dutch Cycling Embassy on a walking tour through parts of Utrecht. The group got a good feel for the cycling culture and how the city infrastructure changed over the years through urban developments to make way for one of the best cities for cycling in Europe. The enthusiastic group checked out the Catharijnesingel to see how the canal changed to a highway and back to a canal for a city design that focuses more on bikes and pedestrians. They then explored the bike parking underneath Utrecht Centraal to view the workings of efficient bike parking as well as share/rental bikes with the OV Fiets.

The Storting left Utrecht with a newly found inspiration for possible changes for cycling and urban development in Norway!