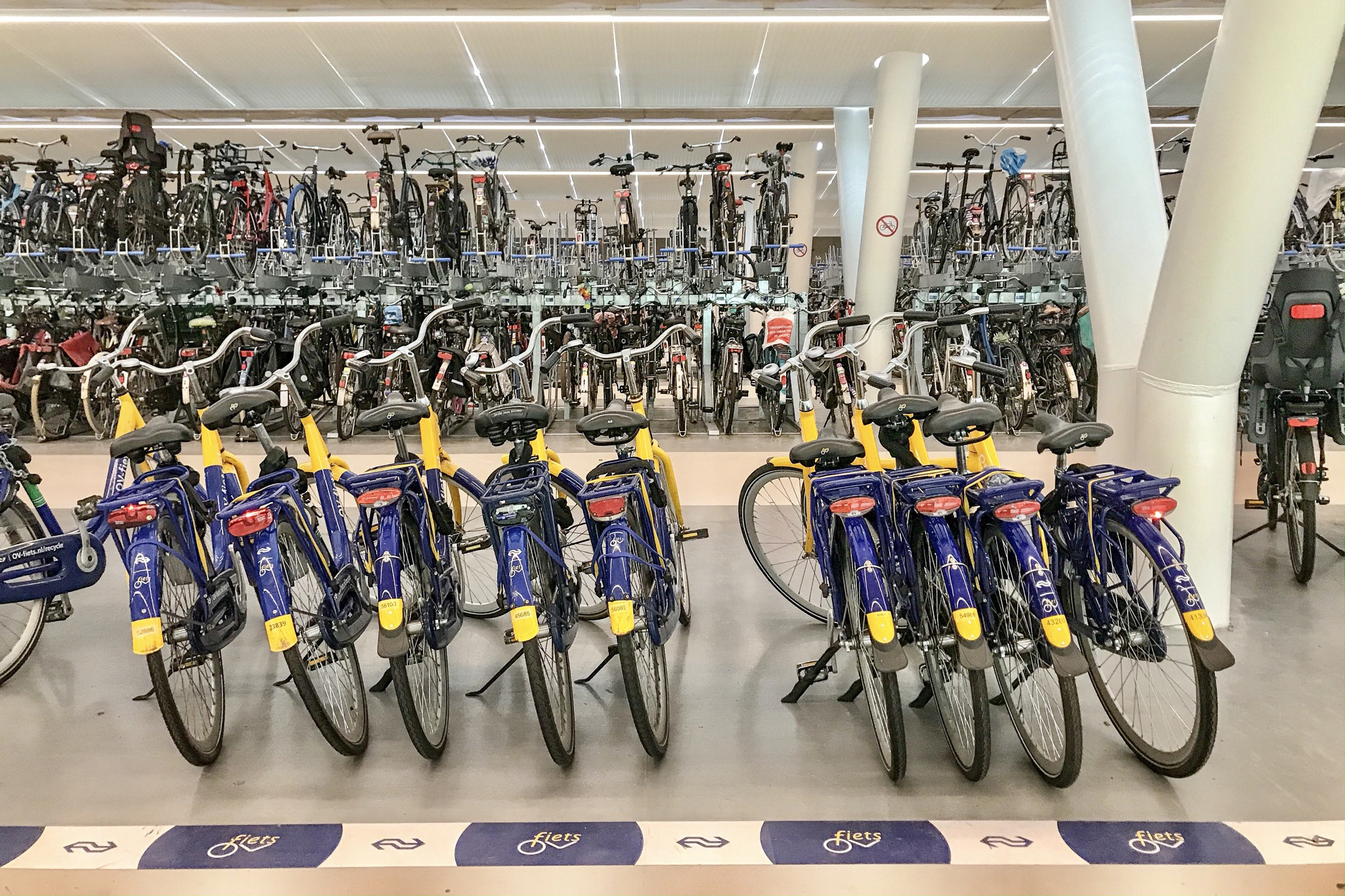 Municipality of Bern in Amsterdam

On Thursday, September 29th, 2022, the Dutch Cycling Embassy hosted a bicycle tour of Amsterdam for a group of civil servants from the Municipality of Bern, Switzerland.

The group of eight engineers and planners—who were visiting the Netherlands on a three-day self-guided study visit—approached the Dutch Cycling Embassy about experiencing Amsterdam’s famous cycling infrastructure and culture. We were more than happy to oblige, and after a short meeting where we introduced our expert network and international mandate, the delegation took to the streets of Amsterdam.

Highlights of the 15 kilometre ride included the bicycle parking at Amsterdam Zuid Station, following up on our virtual exchange on the topic in late 2021. We also visited Jodenbreestraat—the site of the freeway fight that changed the course of the city’s history—and Alexanderplein—a busy intersection where City engineers had removed the traffic lights, with positive results. We hope this eye-opening experience inspires their push to improve conditions for cyclists in Bern.