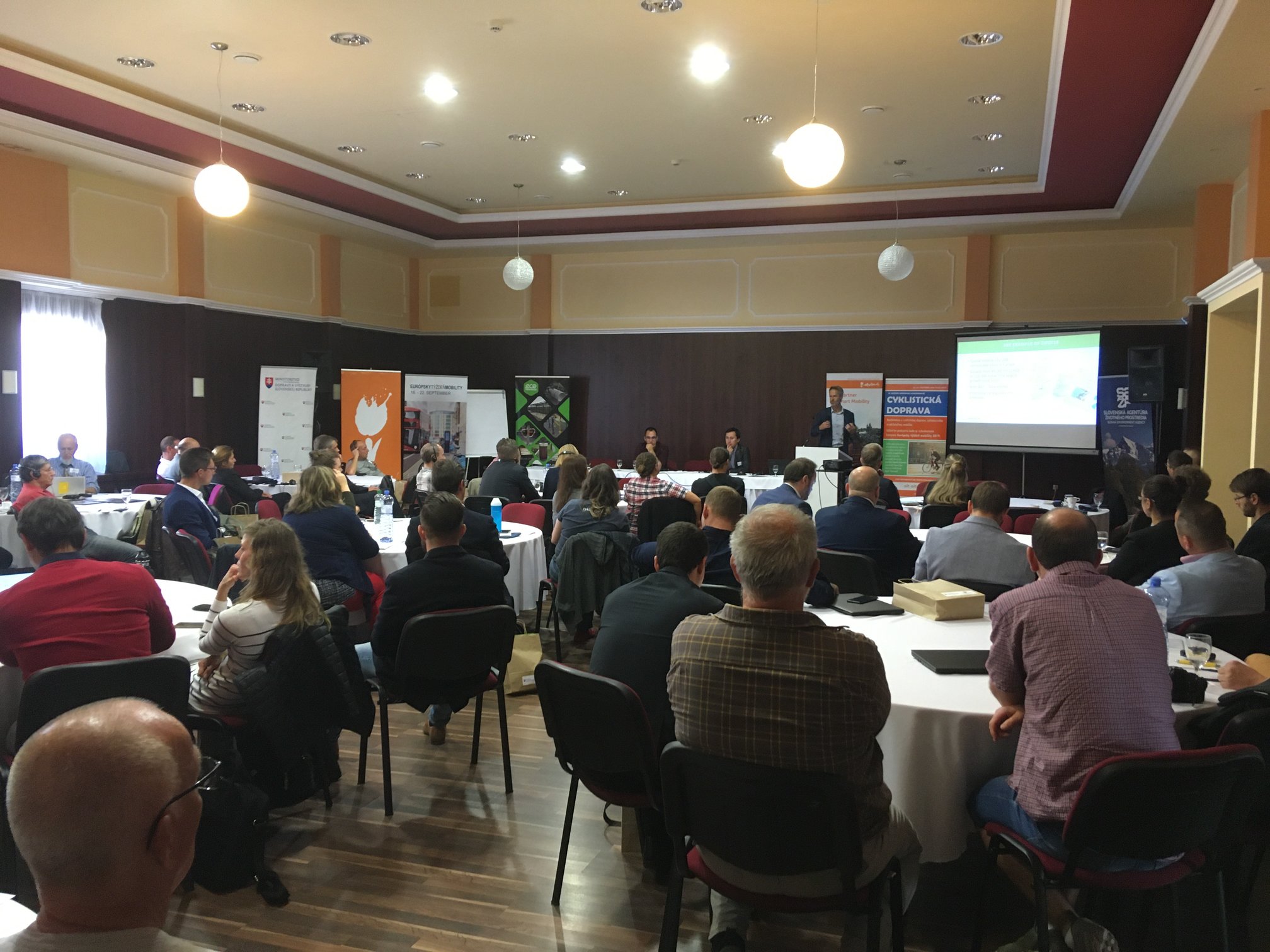 Almost 100 professionals of Slovak municipalities and NGO’s joined this two day’sevent about cycling in Galanta, Slovakia, at the 22th of October. The Dutch Embassy supported this conference.

After some welcome words from the hosts, the Deputy Head of the Dutch Embassy, Mr. Martijn Lambarts, gave a short opening speech. Otto Cazemier told about the benefits of cycling and how the audience can achieve those, also in more car-oriented countries like Slovakia. Otto used a lot of inspiring information from the Netherlands and Mobycon’s experiences in other countries where cycling is less prominent as it is in the Netherlands.

Otto let the audience vote online about which benefits of cycling were the most important according to them. They thought this was health, followed by a better use of public space. The most important measure to be taken according to them, is to build better separated bike lanes, followed by campaigning and awareness raising of the benefits of cycling.

The organisers of the event where very satisfied with the conference and Otto’s contribution. They hope further opportunities for collaboration will come soon. Otto was positively surprised by the enthusiastic and committed audience; “If participants keep up the positive vibe of the congress, cycling will most probably be in the rise in Slovakia.”