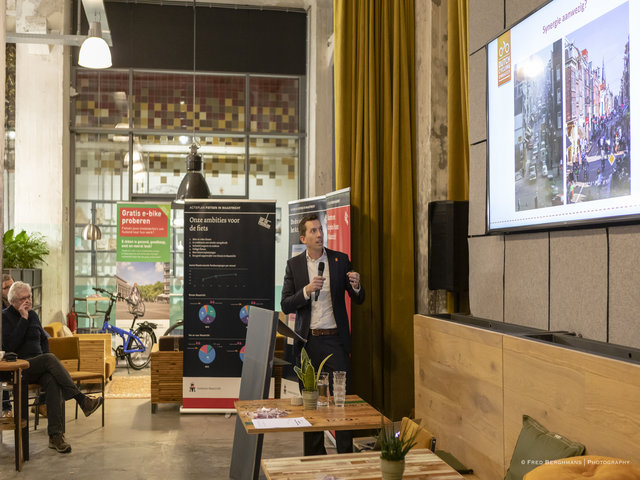 The Dutch Cycling Embassy was invited to speak during the informational event “Cycling in Maastricht”.

The event was organized by the Municipality of Maastricht to inform residents about the city’s action plan on cycling, but also to discuss how to improve its number of cyclists in its city and region. During the event, DCE’s Nout Ramaekers spoke about the history of cycling, its benefits and its challenges, especially in a region where the modal share of cycling is below the country’s average. The evening was concluded with a viewing of Nieuw & Verbeterd’s documentary “Why we cycle”.