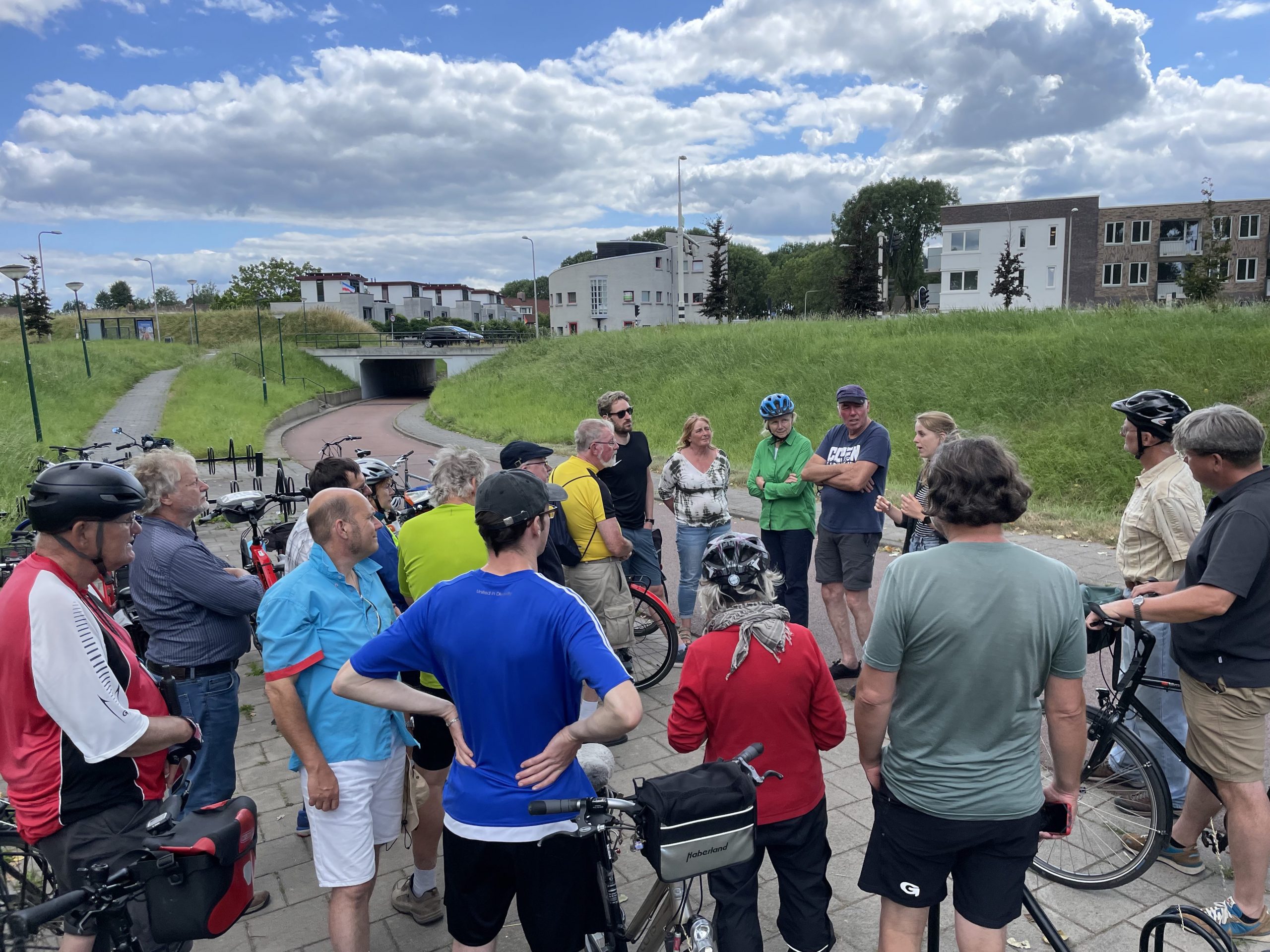 As last year was such a big success, Heinrich Boell Stiftung visited Utrecht and Houten again for their Lekker Lebensqualitaet tour by bike through the Netherlands. A tour to see if the fabulous network of bike paths lives up to its promise and to see if the Dutch ecological urban transformation is a success. As part of this tour, the group of 20 people paid a visit to Utrecht and Houten on Wednesday 27th of July. Experts from Mobycon took them for a ride on the bike through Utrecht and the famous cycling village of Houten. We started off at world’s largest bicycle parking garage with 12.500 bike parking spots. From there, we continued our way through the eastern part of Utrecht with amongst others:

Leaving Utrecht by bike, we had a smooth and direct ride towards the bicycle-prioritizing developments that the village of Houten is known worldwide for. Houten is mostly known for its car-free main traffic structure, where you cannot get from one neighbourhood to another by car. Cycling is an easier and faster way to get around in Houten and, together with the great train connection, this strong bicycle network forms a good competition with the private car. However, we could also see that this does not necessarily mean inhabitants do not own and use any cars. Besides, the separated bicycle paths are shared between both (fast and slow) cyclists and mopeds. These speed differences create some challenges regarding road safety. So, even in ‘bicycle heaven’ Houten we’ve got enough work to do! Nevertheless, we enjoyed cycling through the safe and calm areas and came back to Utrecht by bike in a state of flow.

The German group got to ask a lot of questions and was inspired by the way everyday life on a bike looks like in Utrecht and Houten and the possibilities for urban redevelopments giving more priority to cyclists. From here, the group cycled further via the Dafne Schippers bicycle bridge and some ‘kindergarten’ towards Gouda for their last stop the next day. Enough food for thought and to be repeated next year!