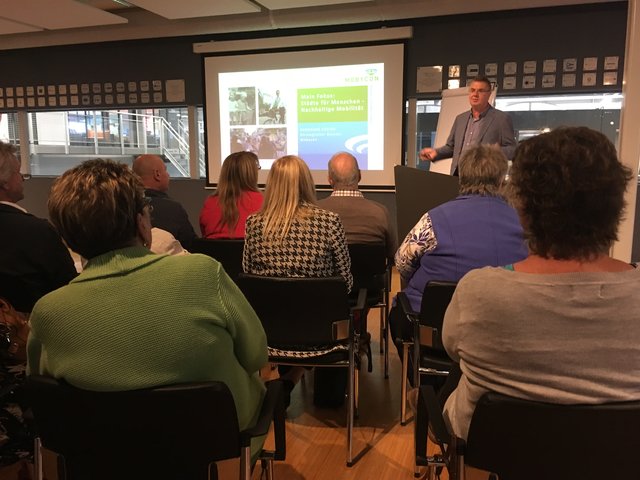 Willemijn de Koning of The Dutch Cycling Embassy gave a general introduction of our activties and explained why cycling is such an important aspect of mobility. Bernard Ensink of Mobycon, participant of the Dutch Cycling Embassy, having broad experience with our nabouring country, continued the presentation by talking about the history of cycling and today’s vision of the Netherlands. At the request of the group, he specialized in the biking culture and -infrastructure of Amsterdam, and how this can be set as an example for Ditezenbach and its region. He discussed the importance of traffic calming, and showed examples of infrastructure that succeeds in doing so. After a round of questions, the delegation returned for Amsterdam where they would have a day of cycling the following day.