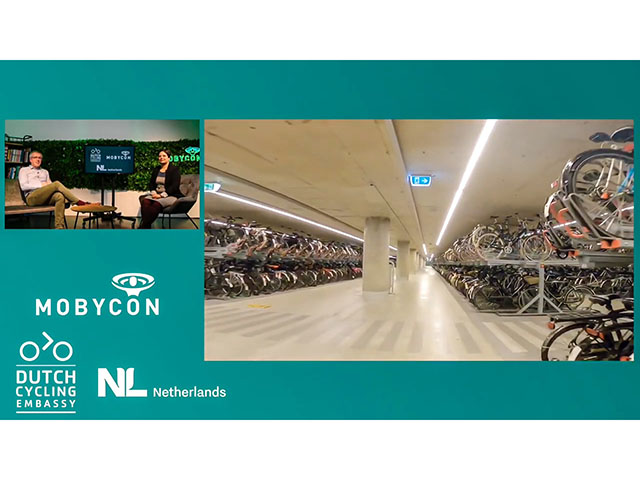 Taking place (virtually) from February 28 to March 3, 2021, the League of American Bicyclists’ 2021 National Bike Summit brought together over 1,000 cycling professionals and advocates under the theme “Bikes: Our Vehicle for Change”. The program had a distinctly Dutch flavour, kicking off with a virtual 360-degree tour of Delft with the Dutch Cycling Embassy’s Chris Bruntlett and Mobycon’s Melissa Bruntlett. The summit also featured the world premiere of the new film “Together We Cycle”, which explains the historical and cultural conditions that caused Dutch cities to resist the influx of cars, and make cycling the obvious choice for most citizens. Both events were supported by the Embassy of the Kingdom of the Netherlands in Washington, DC.