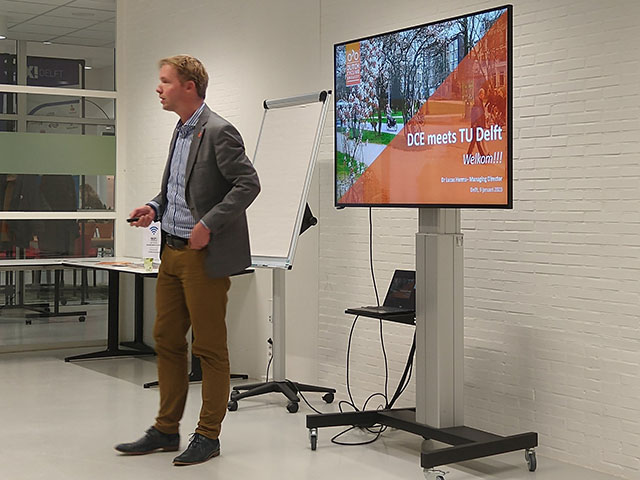 On the afternoon of Thursday, January 9th, 2020, researchers from the Technical University of Delft—together with participants from Dutch Cycling Embassy, the Municipality of Delft, and the Province of South Holland—gathered at the Transport & Planning Department at TU Delft.

The department has invested heavily in bicycle research in recent years, leading to numerous new, traffic engineering insights into the behaviour of cyclists; with many implications for design, planning, and handling.

One such facility on the TU Delft campus is Leeghwaterstraat, a fietsstraat (“cycle street”) equipped with state-of-the-art sensors that enable researchers to accurately map the behaviour of various road users.

As part of the “DCE Learn” module, this was the first of several planned meet-ups with cycling researchers organised by TU Delft. All in all, a great deal of enthusiasm and ideas were exchanged amongst attendees, and a valuable interaction was established between science and practice.