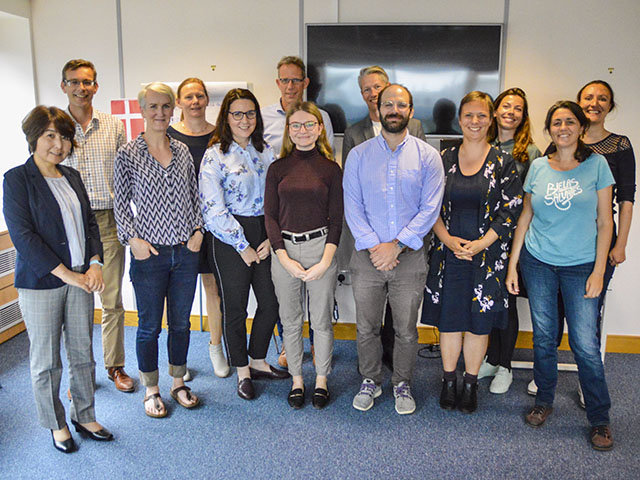 A Dutch and Danish pre-conference Master at the 2019 Velo-City Conference in Dublin.

This week, the Dutch Cycling Embassy are leading a delegation to Dublin, Ireland for the 2019 Velo-City Conference, the world’s largest international cycling conference.

While the official program doesn’t start until Tuesday, we got started early; partnering with the Cycling Embassy of Denmark for an exciting, pre-onference Masterclass on Monday, which presented the best ideas and practies from our two distinct, but highly successful approaches to urban cycling.

Participants from Japan, Spain, the USA, and a sizeable contingent from Ireland joined a team of Dutch and Danish experts in the Consulate of Denmark in Dublin, which was kicked off by a warm welcome from Henk Swattrouw, the Netherlands Ambassador to Denmark; recently elected to the ECF board.
From there, the morning was spent hearing presentations from a variety of perspectives, including City of Copenhagen Bicycle Program Marie Kåstrup, Capital Region Cycle Superhighway Head Sidsel Birk Hjuler, and Cycle Superhighway Project Leader Anna Garrett. The Dutch experts were led by the Province of Utrecht’s Herbert Tiemens, Goudappel Coffeng’s Rico Andriesse, and the City of Utrecht’s Christien Rodenburg.
Following a quick lunch, attendees unveiled case studies they had prepared from their hometowns, which featured a particularly problematic intersection in Valencia, and a corridor in Dublin that was quite dangerous for people on bikes. These sites were then discussed in detail with the experts, with both a Dutch and Danish solution considered, and then the most appropriate one selected for that particular context. The session ended with a brief presentation about each case study to the larger group.

Everyone left energized to continue pushing for change in their home cities. And we hope this Masterclass will be one of many new areas of cooperation between the Dutch and Danish Cycling Embassies, to help global cities make their streets more bike-friendly.