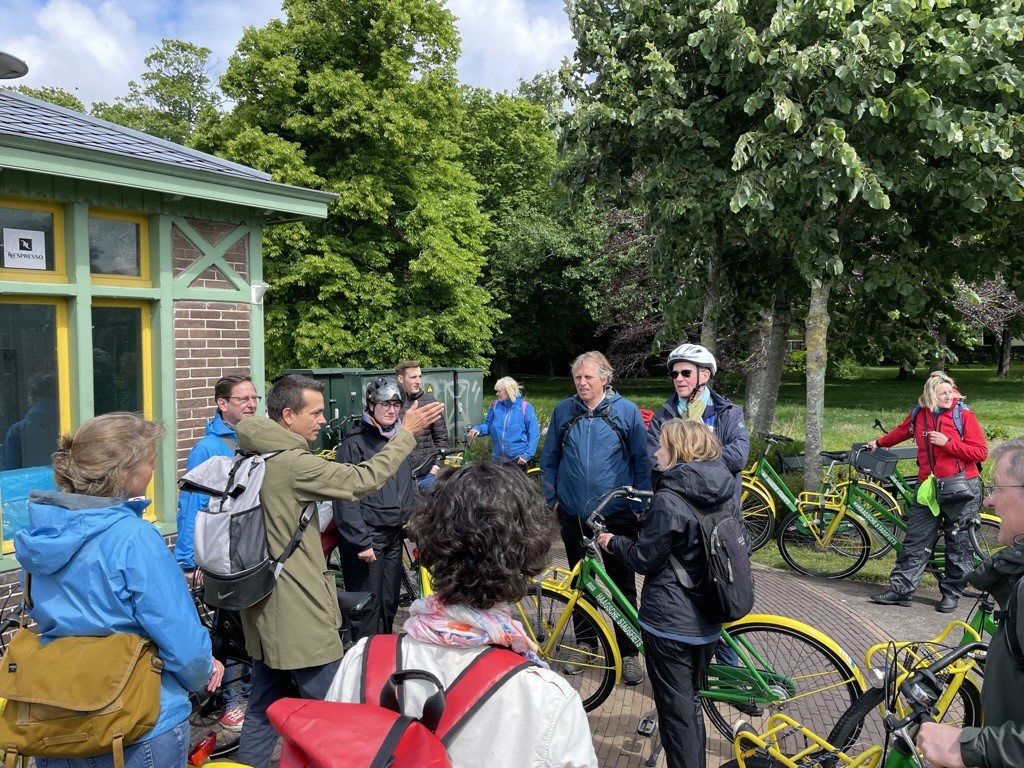 At the end of May, the ‘Kleine Kommission Radverkehr’ of the ‘Landeshauptstadt Düsseldorf’ with representatives of politics, government and interest groups for an exchange of knowledge in the Netherlands. In The Hague, the delegation was given an explanation of the development of the network of star cycle routes and in Utrecht they were given an explanation of bike parking policy and bike garages. There were several discussions with various experts of the Dutch Cycling Embassy during the programme. Thanks to the cities of The Hague and Utrecht, the group went home very enthusiastic, despite the bad weather. APPM has been assisting the cities of The Hague and Düsseldorf in exchanging knowledge on mobility issues for several years now.