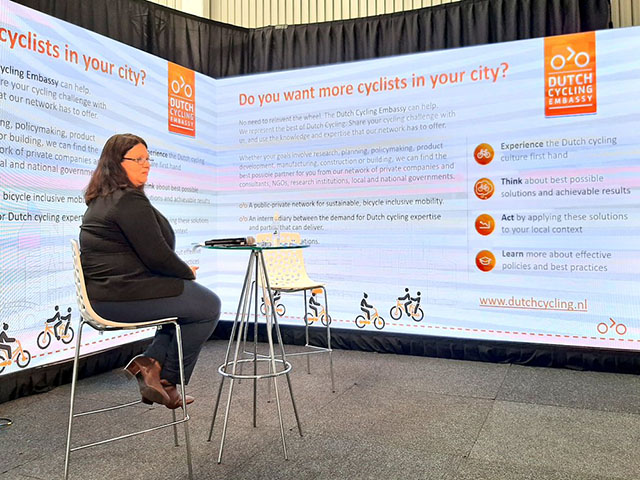 DCE highlights various cycling communication and awareness campaigns from across the Netherlands.

On October 13, 2020, the Dutch Cycling Embassy’s Chris Bruntlett joined in a webinar organized by the South African Department of Transport. The third such workshop in an entire series focused on non-motorized transport, the two-day event was titled “Developing Cycling Cities”.

This particular session was focused on “Communications and Awareness”, during which Chris highlighted some of the best cycling promotion campaigns from across the Netherlands. These included the Doortrappen scheme, the “Ik Fiets” mobile app, and Groningen’s “Smart Routes”. Panelists included Simphiwe Ntuli from the City of Johannesburg and Leigh Stolworthy from the City of Cape Town.