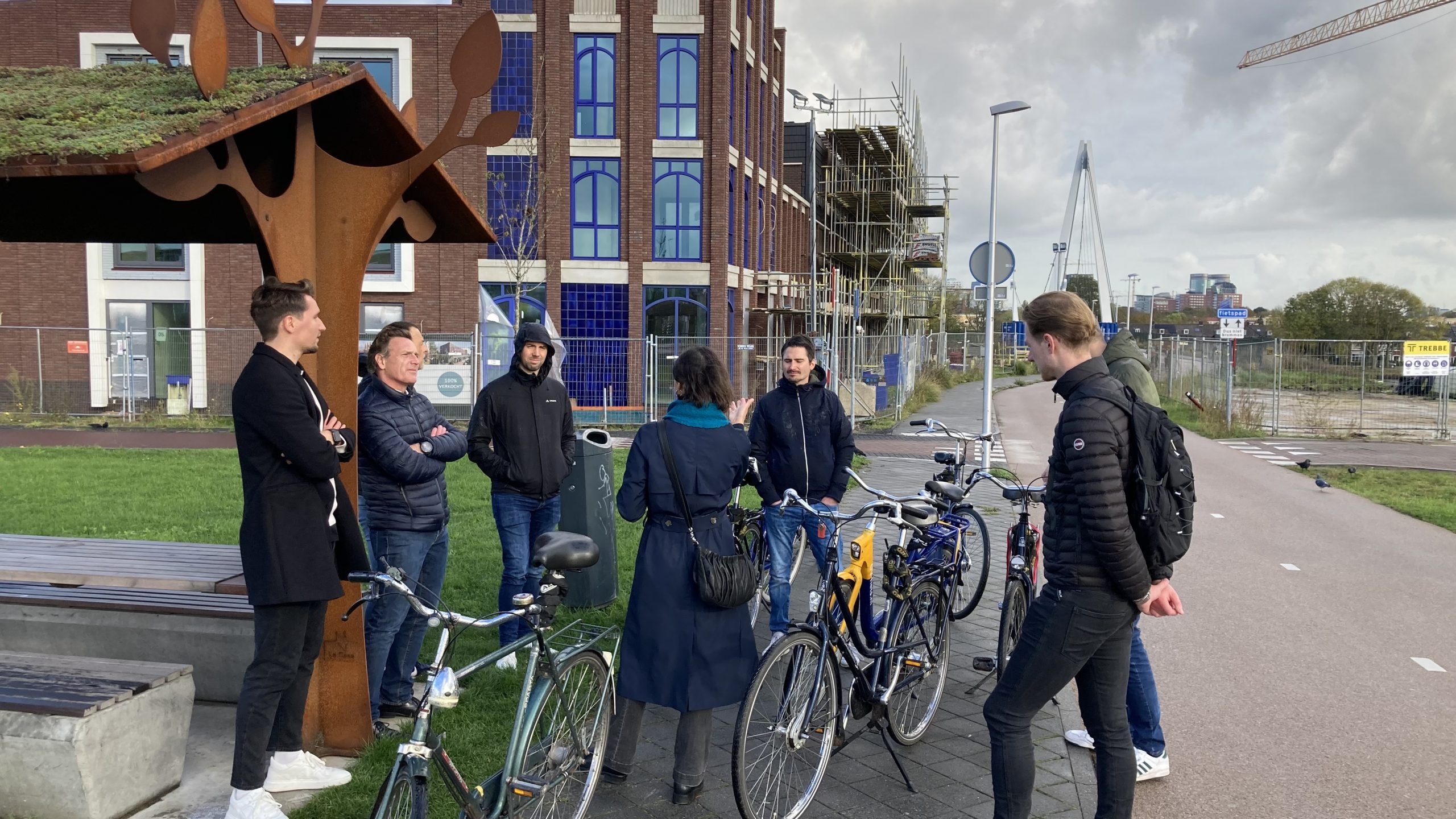 On Friday the 4th of November a German delegation from the Bicycle producing company Velo de Ville visited Utrecht for a study tour in the afternoon. Together with Elke Schimmel from Studio Bereikbaar and Nils Steinhäuser from the DCE, the group went on a 9km cycling tour in the west of Utrecht. The topics addressed were redevelopments of urban infrastructures and traffic flows at the Westplein, cycling streets and doorfietsrouten (continuous cycle paths) along the Everaard Meijsterlaan and the Leijdse Rijn but also cycling infrastructure at the Daphne Schippersbrug. After crossing this highlight of the tour, the new development of the neighbourhood Leijdse Rijn was addressed including the highway tunnel and connection to public transport. Going back via the Vleutenseweg intersection design and living streets in Lombok were explained. The group was very enthusiastic and interested and asked a lot of questions regarding the changes that Utrecht went through and is still going through.