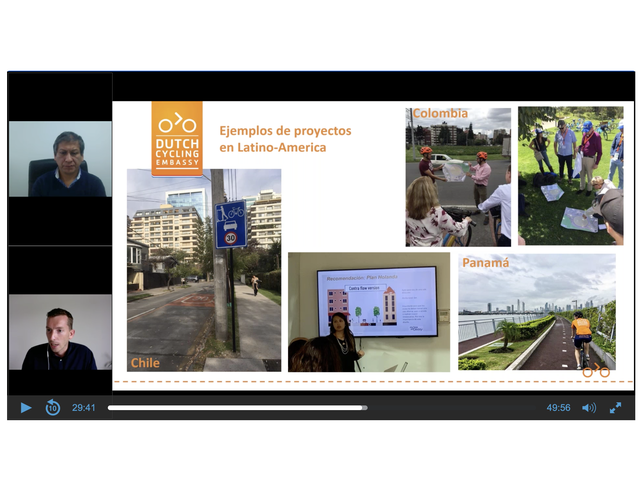 DCE joins webinar on the future of cycling organized by the Dutch Embassy in Lima, Peru

This July, the DCE was invited to speak during the webinar “The future of the bike” organized by the Dutch Embassy in Perú, hosted by its Trade and Business Development Officer, Henrik Laseur. The COVID-crisis has caused the development of temporary cycle lanes worldwide. In Latin-America the so-called ciclovias, which block a large part of car lanes in the city centre for recreation on mostly sundays, are a great basis to increase the space for cyclists. The goal of the webinar was to look at the huge potential cycling has in Peru, and how this momentum can be used to imporve cycling conditions, and increase the (safe) use of bicycles.