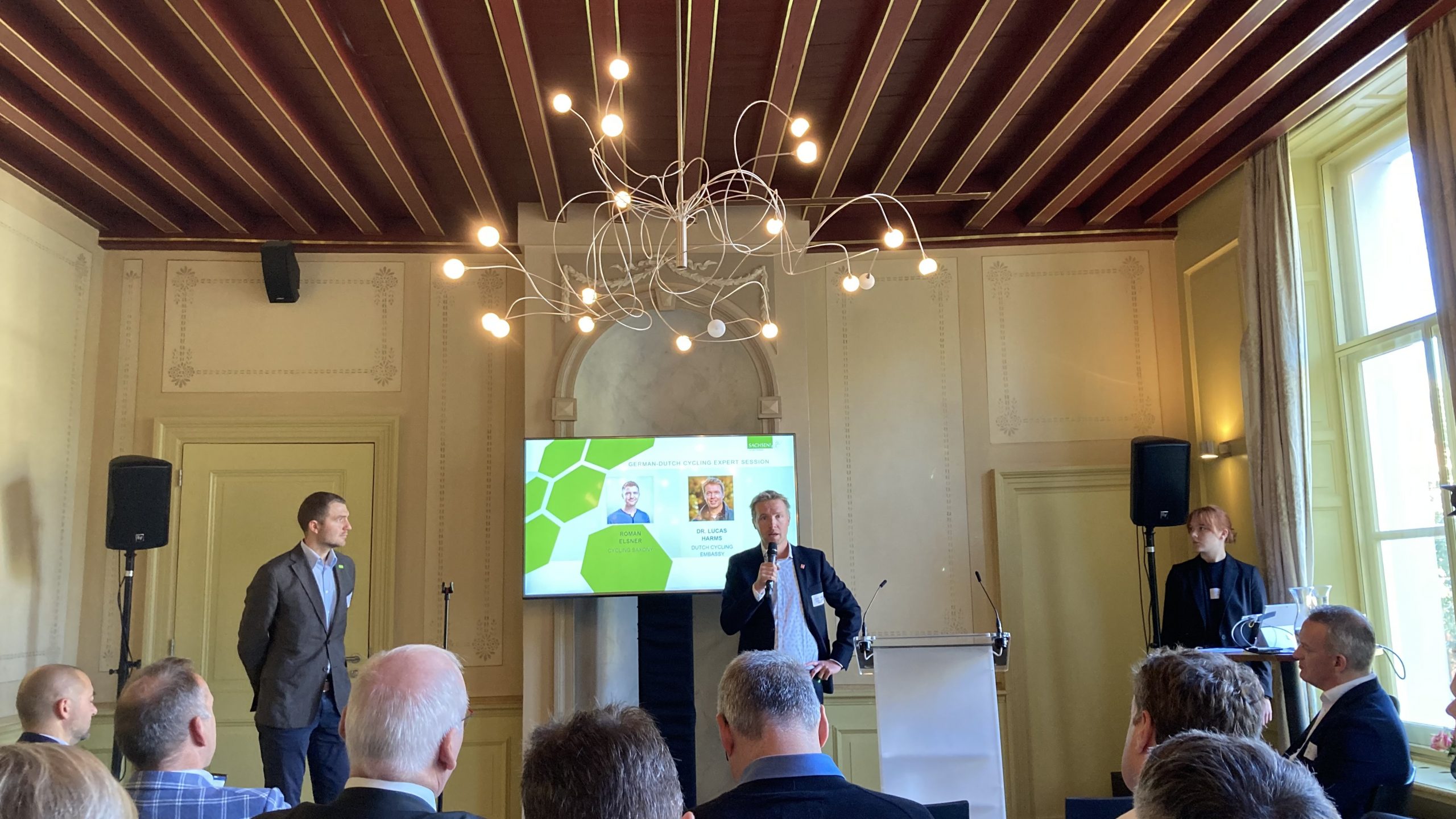 As part of a state visit from the German state of Saxony lead by prime minister Michael Kretschmer, the Dutch Cycling Embassy and Cycling Saxony signed a Memorandum of Understanding to enhance their cooperation in preparation of VeloCity 2023 in Leipzig. The memorandum should serve as a basis for closer collaboration and joint projects especially around the largest cycling conference taking place in Saxony in May next year.

As part of the Saxon-Dutch Dialog the delegation consisting of representatives of several companies and organizations came to The Hague as part of an economic mission of the Free State of Saxony under the theme of urban mobility. After some welcoming words by the Saxon prime minister, several companies from Saxony and the Netherlands were presenting themselves and their innovations around mobility. In a panel discussion, DCE’s Lucas Harms together with Roman Elsner of Cycling Saxony talked about the potential of cycling in both countries and exchanged learnings between the Netherlands and Germany, particularly Saxony.

The event was organized by the German-Dutch Camber of Commerce and the Wirtschaftsfoerderung Sachsen marking the celebrations of the German Unification Day. It concluded in Delft where the delegates learned about technical data-driven innovations from the Netherlands at the TU Delft including a smart cycle path.