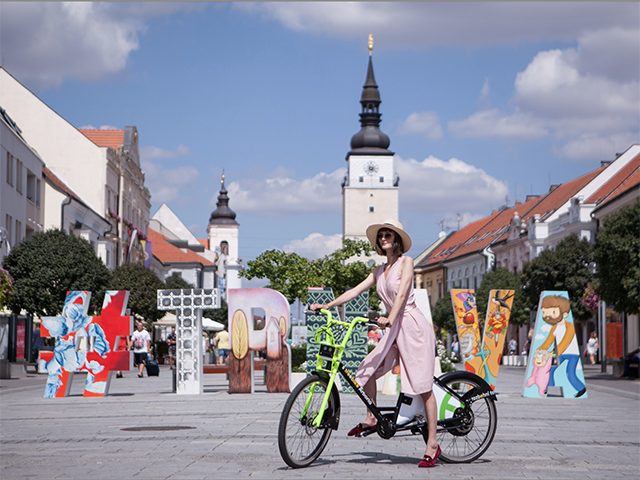 Representatives, councilors, and civil servants, from Trnava, Slovakia joined a one-day study visit organized by the Dutch Cycling Embassy on the 7th of June in Utrecht. The program began with an introduction by Chris Bruntlett (Marketing and Communication manager DCE). Ruben Loendersloot (Loendersloot Consultancy) continued the conversation by diving into the relationship between car and bicycle management, by sharing inspiring examples and projects where car management funds benefitted the car and bicycle network. Angela van der Kloof (Mobycon) challenged to group to think about what cycling actually means and discussed theories behind inclusive cycling. Finally, the group got on their bicycles, and were lead on a two-hour tour of Utrecht and the surrounding neighbourhoods.