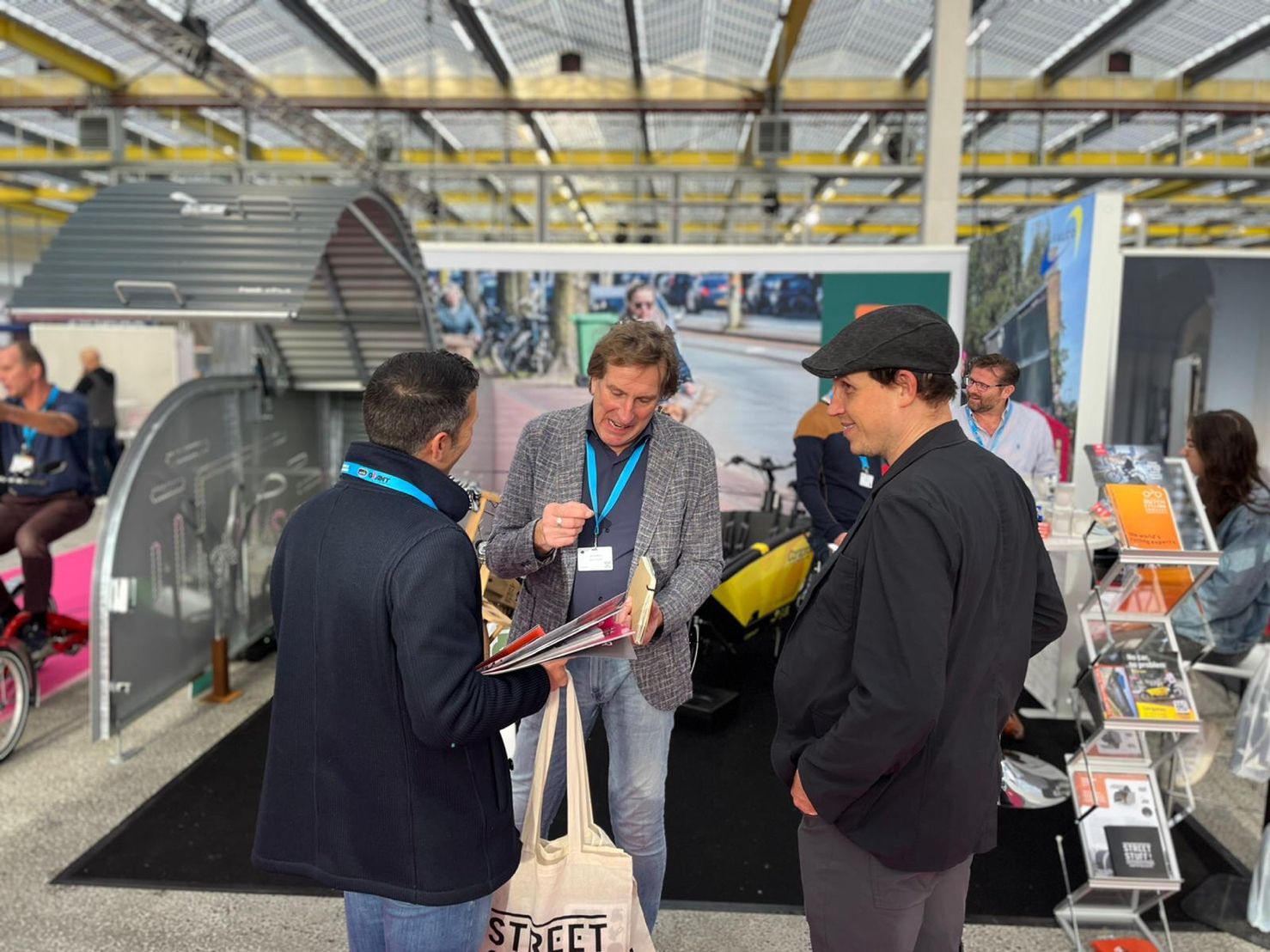 DCE and partners at the International Cargobike Festival

From the 27th till the 29th of October, the International Cargobike Festival took place as part of the World of eMobility at the Greater Amsterdam Expo. Since 2012, the event has become the most international and influential trade fair regarding cargo-bikes, cycling logistics and is the place where the cargo-bike world comes together. The Dutch Cycling Embassy participated with a stand featuring some of our partners and contributing to the panel discussions of the program. Together with our participants, Cargoroo, Falco, Street-stuff, 4Wieler and WOBS, we were present at the stand displaying products and networking over 3 days. Enthusiastic conversations were held, and interesting connections made while discussing potential cooperation and sharing new ideas.

On Thursday, DCE’s Shelley Bontje participated in a workshop on ‘What lessons can be learned from Dutch cycling Business and Culture’ together with Anton Wuis from RvO addressing the economic, diplomatic and societal potential of cycles. Additionally, in collaboration with RvO, DCE’s representatives shared knowledge with 10 delegates from South Korea which are working within the South Korean province Gyeongsangbuk (2.6m inhabitants) on pilots focusing on green logistics (including cargobike delivery).

On Friday, Lucas Harms took part in a panel discussion together with Jill Warren from ECF and Ross Goorden from the Fietsersbond dealing with ‘The potential of eBikes and preparing for COP27’ in which the pathways towards the next climate conference were laid out and the role of electric bikes addressed. It was encouraging to see the turnout of both businesses interested in collaboration with DCE and their partners as well as the general public inquiring about the many services and products that are offered by DCE’s connections.