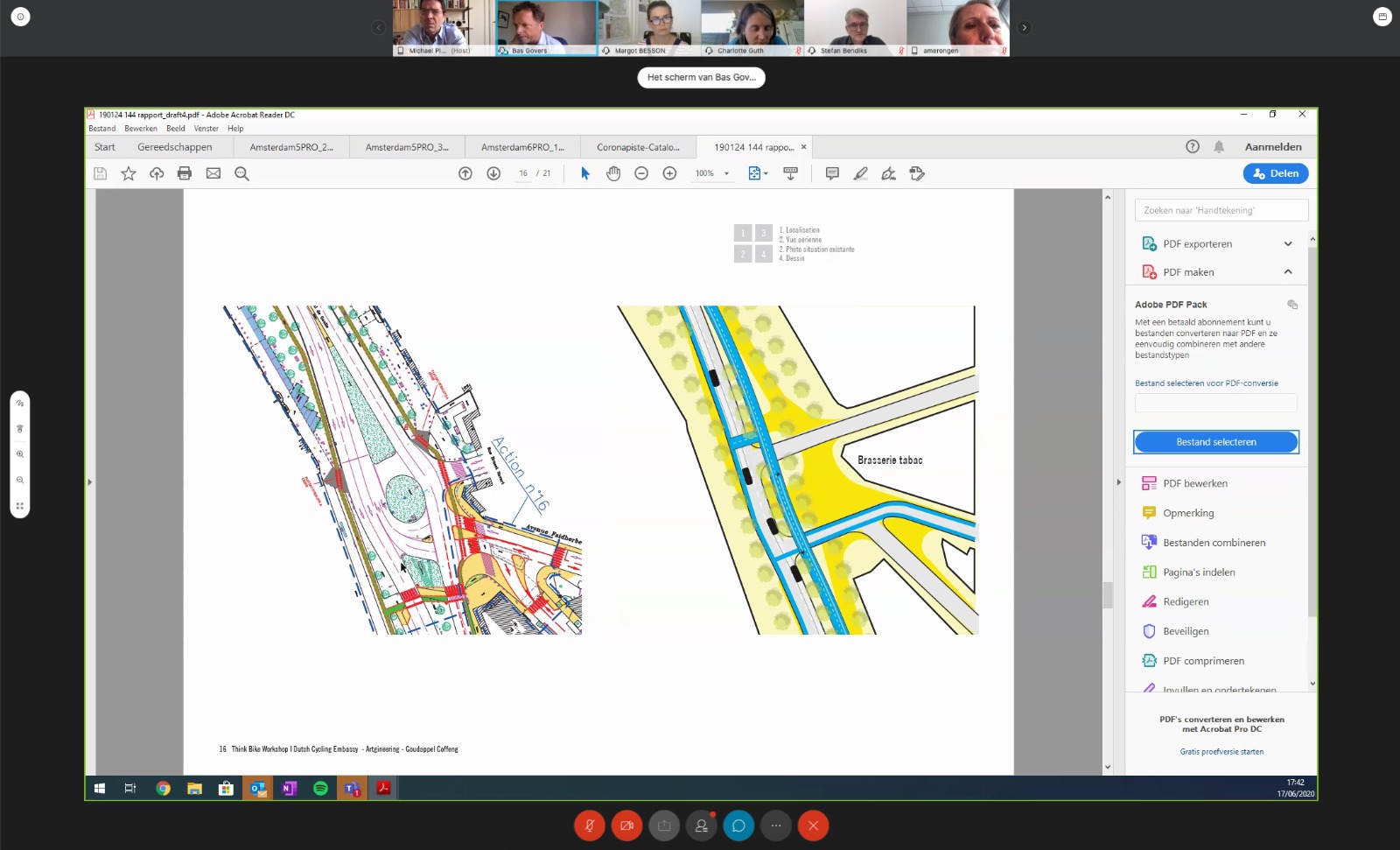 During times of covid-crisis, many countries decided to seize the momentum and invest in cycling.

France is one country in which cycling in particular drew attention. Given this exploding interest in and attention for cycling, a series of digital meetings with large French cities were organized.

Together with the Dutch Embassy in Paris, the cities actively working on active transport during the Covid-crisis were identified. The Ambassador invited these cities to exchange ideas with Dutch experts, to assist them in the pressing challenges they are facing.

This resulted in effective exchanges of ideas with some of the largest cities of France, by sharing best practices from both the Netherlands and other inspiring places around the world in a series of digital meetings.