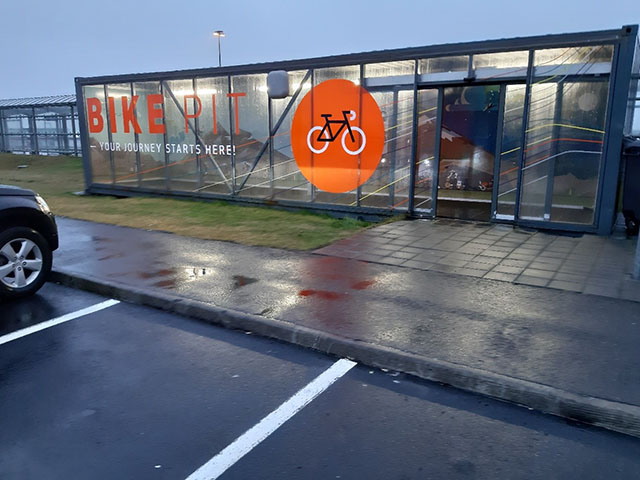 The Dutch Cycling Embassy arrived in Iceland and met the confusing bike infrastructure.

Hans Voerknecht from our participant Move Mobility went to the congress Hjólum til framtíðar, that means “cycling to the future”. The congress was organized by the cycling knowledge centre Hjólafærni Á Íslandi where the chairperson Sesselje Traustadóttir has long fought for a better cycling in Iceland.

The cycling situation in the country is contradictionary. At the airport of the capital Reykjavik the island has a building where you can park and repair your bicycle. However, there is no good bike path to the capital. Around Reykjavik are various municipalities and between those and the capital exists good cycling infrastructure. However, here are no traffic signs, and Google Maps doesn’t have the option to calculate your route by bicycle. If you arrive on your bycicle in a municipality, the cycling infrastructure disappears. You have to go to the sidewalk and the car will receive priority.

Politicians and companies are trying their best to improve the cycling infrastructure on the island. Iceland is especially very fit to promote and implement the e-bike, since there is a lot of wind and differences in height in the country.

Hans Voerknecht from Move Mobility gave a presentation, based on the Dutch Cycling Vision. “I could quickly convince the public of the fact that cycling is good for the city and the traffic system, but they valued especially the fact that I mentioned that cycling is fun. Iceland links cycling always with safety, what gives you the idea that it’s dangerous.” Voerknecht also talked about the helmet obligation in the country, which the government recently increased to 16 years, which has resulted in fewer teenagers cycling. “I tried to convince them that cycling without a helmet is not dangerous, but they wouldn’t adapt the idea. Sesselje Traustadóttir told me later that she also tried this before, but gave up.”

End conclusion of Voerknecht: “We have a lot to offer to Iceland, especially in the software. When it comes to hardware, this country is really not far behind.”