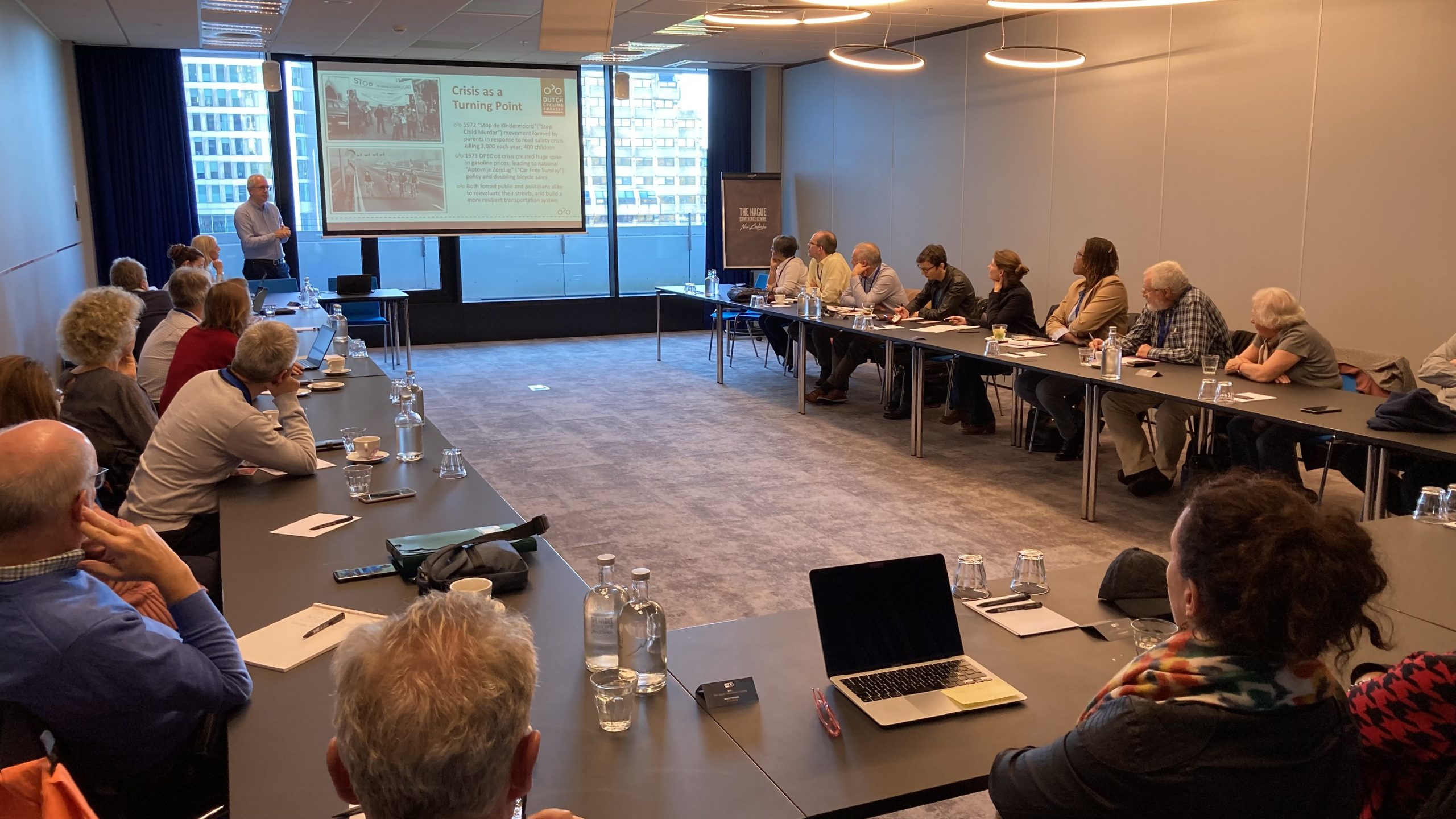 On the 18th of October a group from Switzerland consisting of civil servants of different cities got a presentation and walking tour of The Hague in the afternoon. Starting with an overview on Dutch cycling by Chris Bruntlett from DCE, including the history but also design principles and standards in the Netherlands, the group asked several questions and was curious about how the Dutch solve upcoming challenges. This was followed by a presentation by Sonja Rijsbosch from the Bike Team of the Ministry of Infrastructure and Watermanagement about their efforts in promoting cycling through national policies and initiatives.

After a short break, the group went out for a walking tour around The Hague led by Chris Bruntlett which started at the newly developed bicycle parking garage in front of the central station and continued through the city addressing the interaction of cyclists and pedestrians. Passing by the main shopping street, Chris showed pictures of how the area was redeveloped to cater for active modes and the tram instead of cars. It concluded at the Grote Markt in the heart of the city where the group saw the integration of the underground tram with a car parking garage and the surrounding area. It was a short but informative visit and the participants were impressed by the transformation the city went through.