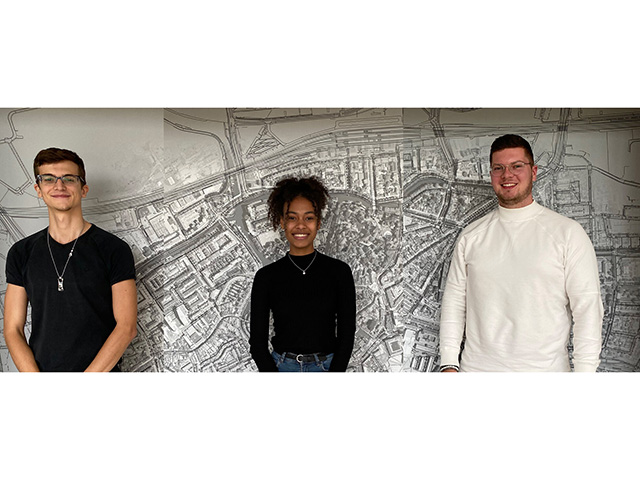 The region of Bizkaia is planning a fast cycling route and requested feedback on the current plans from a Dutch perspective. BUas and DCE worked together and developed a unique approach with a combination of feedback provided by ‘freshbrains’ (students) and ‘experienced brains’ (experts). The participation of FreshBrains was arranged by BUas, which aims for cooperation between students and experienced consultants in the field, as well as preparing their students for the future work environment. Three students from the International Spatial Development (ISD) program (photo, from left to right Boyan Andonov, Janae Amanfo & Nick Hulsman) joined forces with 4 experienced consultants from Mobycon, BikeMinded, Beccan Davila Urbanismo and the Loendersloot Groep. Based on a digital workshop in which the plans were presented by a representative from the Bizkaia region, the students and experts provided concise feedback and advice within a short timeframe. The feedback was received very well by the region of Bizkaia and will contribute to further improvement of the cycle highway and in a wider perspective also in their ambition to establsih a stronger cycling culture in the region.