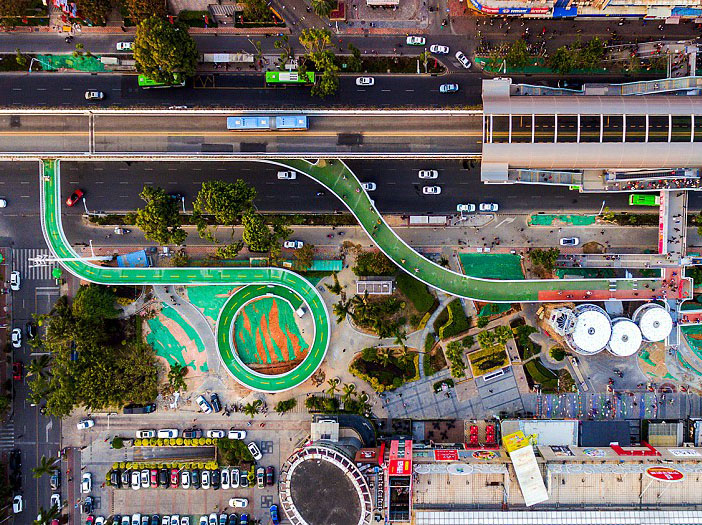 The second international ‘Bicycle Architecture Biennale’ (BAB) by BYCS is once again available for the next month.

Last Thursday, the second international ‘Bicycle Architecture Biennale’ (BAB) by BYCS, and curated by NEXT architects, was opened again during the opening of the ‘European Bicycle Mayor Summit’ in Amsterdam. The Dutch Cycling Embassy attended the ceremony and met many bicycle mayors who came from around the continent to exchange their various experiences and learn more from each other, as well as from the Dutch expertise through the summit.

Haven’t yet had the chance to see this exposition and its inspiring cycling infrastructure? The BAB will be exposed in the Lichtstraat of the Stopera in Amsterdam, from February 6 to March 5.