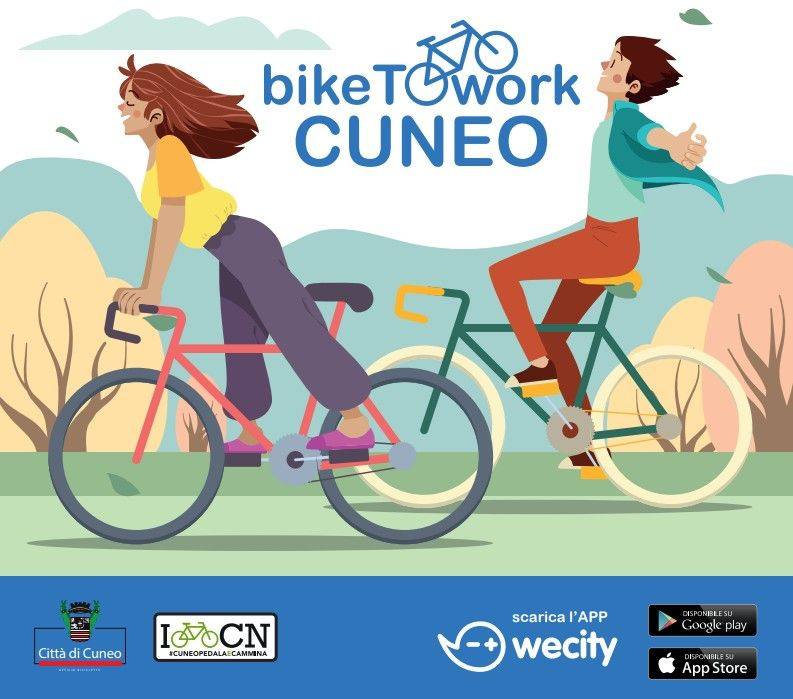 Bike-to-Work in Northern Italy: Incentivizing Cycling and Reaping its Benefits

Almost every sport cycling enthusiast knows the quality of bicycles that are made in Italy. Far fewer people know that most of these bikes are made around Cuneo, a city of 50,000 people in Northern Italy. What’s more interesting, “Cuneo means bikes”; not only because they fabricate them, but because they ride them. And in the past year, residents of Cuneo can now benefit from a brand-new Bike-to-Work incentive scheme that the municipality has implemented.

Although common in the Netherlands, Bike-to-Work schemes exist in only a handful of trailblazing Italian cities. Starting June 1st, 2021, the scheme that was activated in Cuneo has incentivized more than 600 people to cycle more. And cycle more they did, totaling over 128,000 kilometers since the program started. This initiative is part of a broader effort in Cuneo—and in the whole Italy—to increase the use of cycling, especially as a substitute for car driving. In Cuneo monitoring sensors have recorded nearly 1.5 million bicycle trips in the past year

The Cuneo program is based off a Bikenomics study carried out by the Dutch-Italian consulting firm (and Dutch Cycling Embassy network participant) Decisio, who analyzed the social benefits of cycling in the territory, and compared it against the socio-economic impacts of other transportation modes, including driving. The result of this analysis made it very clear that cycling creates significant benefits not only for those who cycle, but for the entire Cuneo society (and for Italy as a whole), and the monetization of these benefits has been used to calculate the exact amount that is given back to cyclists: 20 cents per kilometer cycled.

In this sense, Bike-to-Work schemes could also be interpreted not merely as incentivization schemes (though they are, in a sense), but also as policies that uncover and “make explicit” the benefits that cycling generates for everybody. Paying people to cycle is not mere “financing”. If it were, people could genuinely ask why public money should be used to reward a specific type of mobility over another. Instead, the payment cyclists receive in Cuneo roughly corresponds to the benefits they are creating for everybody through cycling, by decreasing traffic congestion, lowering the cost on the health-care system, reducing the impact of climate change—for everybody, not just for themselves.

Such programs can play a significant role in fostering more cycling, particularly to nudge people towards trying to cycle to work (or to school, or wherever) just once. The “one time” factor is important, because in many cases people who try cycling once as a means of daily transport don’t roll back.

The administration in Cuneo deems the program so successful that they will finance it again with the same amount in 2022, in order to keep reaping the myriad benefits of getting more and more people cycling.