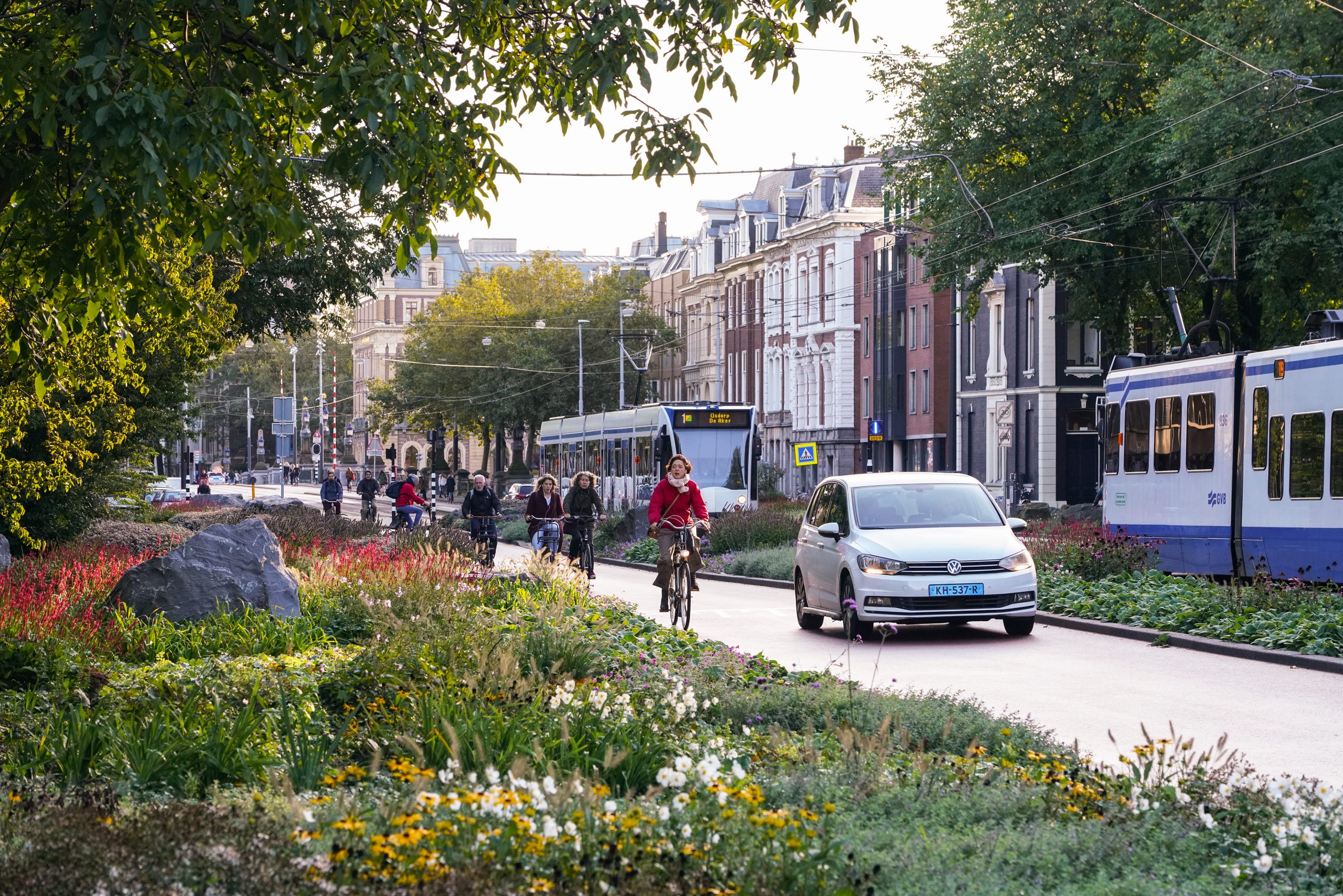 Get inspired Get Inspired

The Sarphatistraat in Amsterdam proved to be a popular route for cyclists. However, the space on this route did not allow for the current large groups of cyclists, nor allow for growth. There was no space to create separate bicycle infrastructure or widen the existing (narrow) bike lanes. 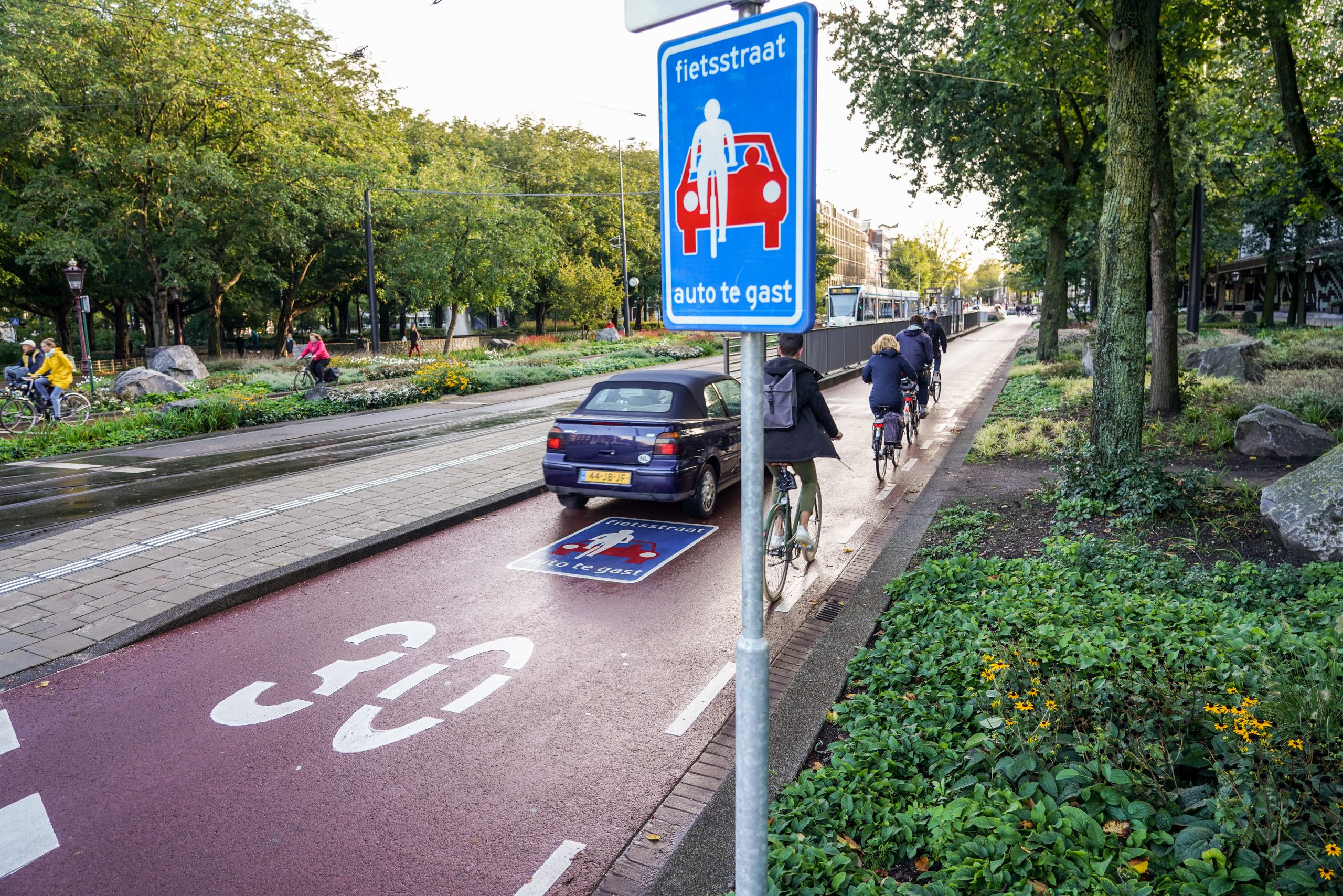 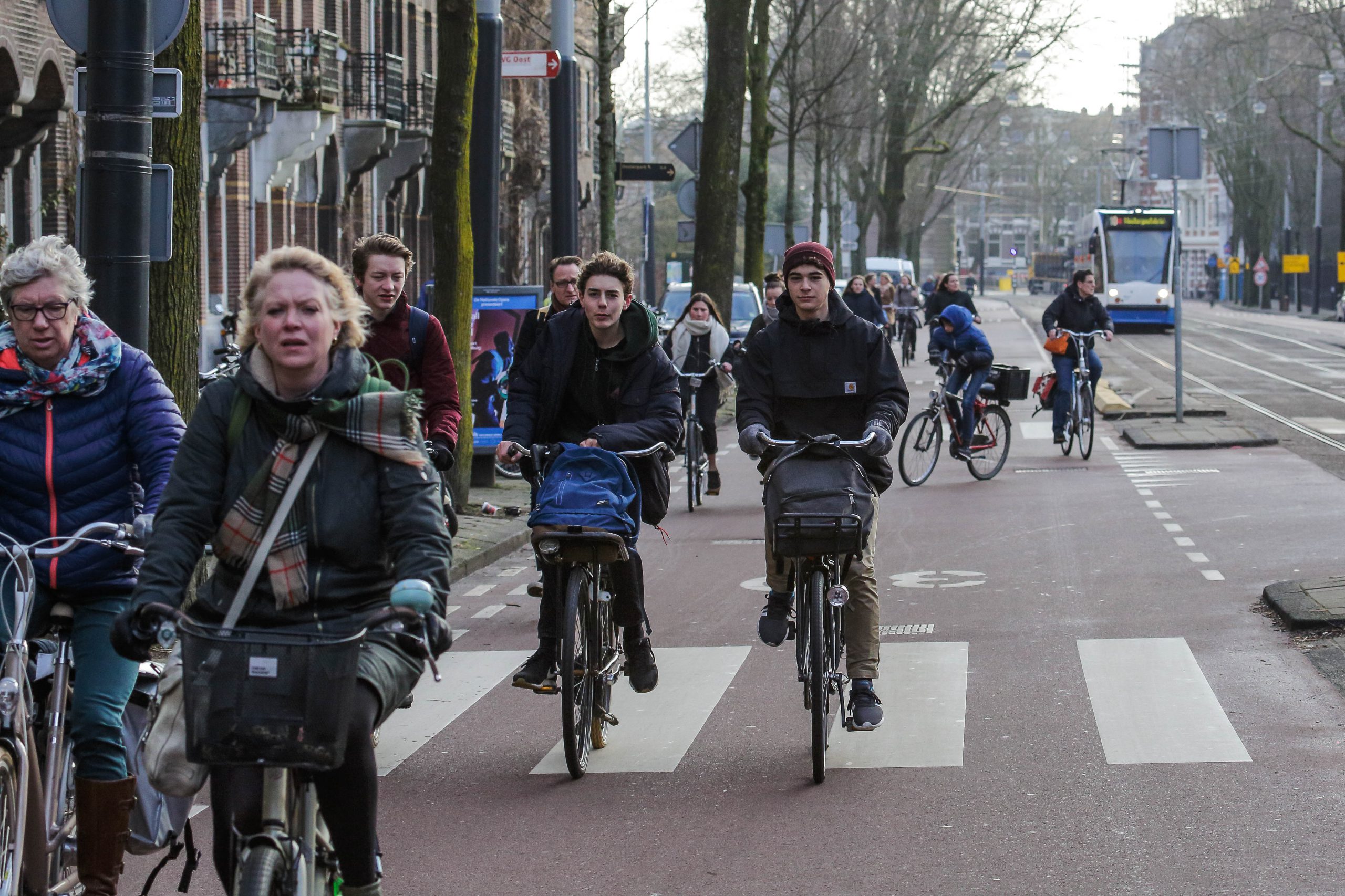 In line with other bicycle streets, cyclists have priority over cars.

1. The pilot proved to be a huge success. Evaluation resulted in some minor improvements, such as adding an extra pedestrian crossing and improved signage, both along the route with signs and with symbols on the street. These additions made the pilot permanent.

2. This was the starting point for other parts of Amsterdam’s inner ring to transform, if possible, to similar wide, red asphalted bicycle streets and bicycle friendly traffic speed bumps. This transformation is ongoing at the moment. Also other projects, dealing with busy cycling routes, are investigating if such a profile is a solution for redesigning the street.

3. When developing a bicycle street in a busy area, make sure you reserve enough space for cars to take-over safely, but at a slow speed (30 kilometres per hour).

4. Additional circulation measures were not taken, because this has already been done in the past. Ongoing car traffic was already not possible, so the number of cars was already very low (less than 2,500 per 24 hours).

5. On short stretches of the route the number of motorized vehicles is higher than recommended by the CROW guidelines (up to 5,000 per 24 hours).

6. Cyclists are very enthusiastic about the route, the City of Amsterdam is currently investigating the perception amongst other road users. 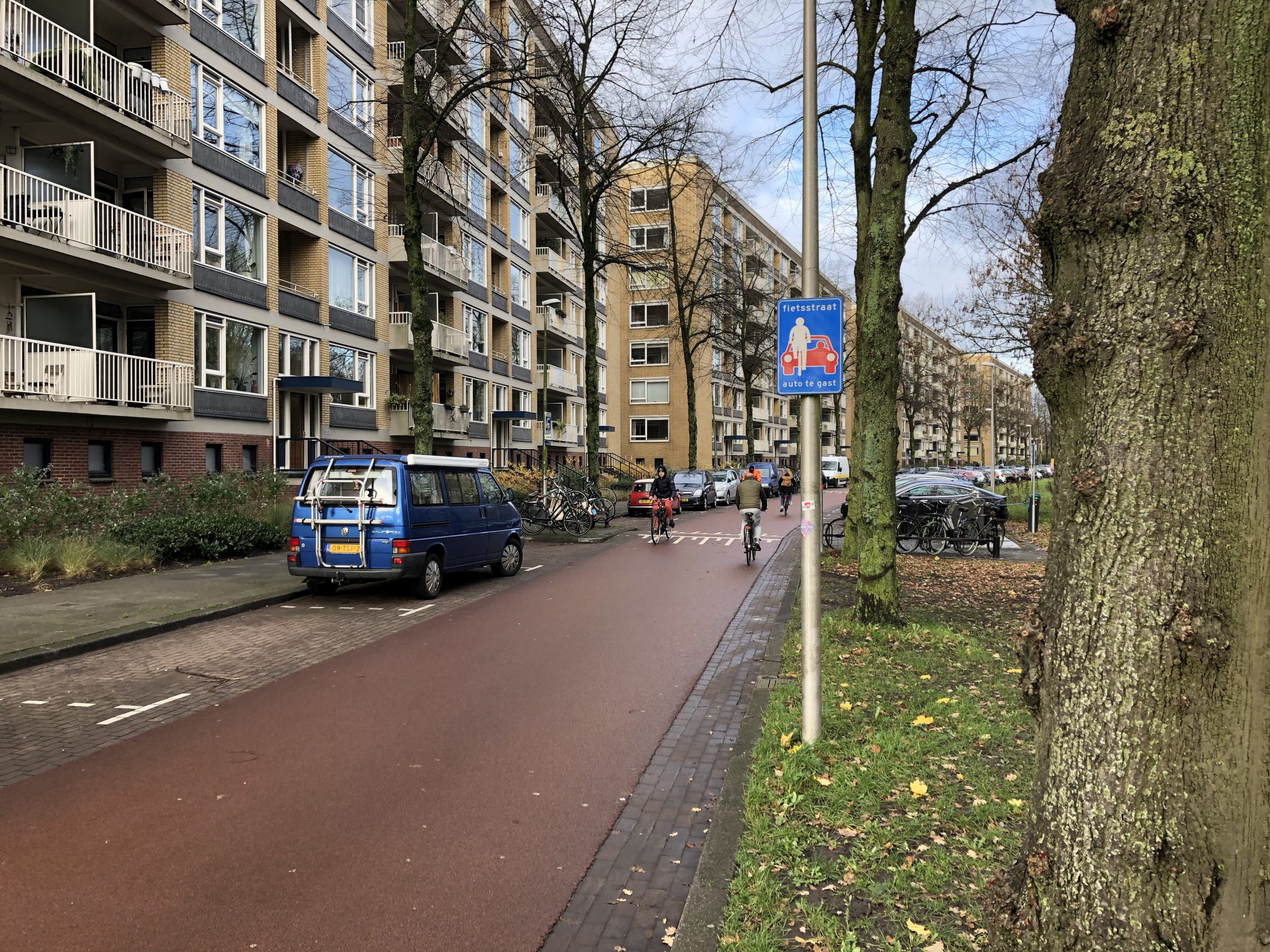